We hope the start of 2014 has been peaceful and happy for you all. Thanks to all of you who donated during our year-end appeal, we have met our year-end fundraising goals and are looking forward to all we can accomplish in the coming year for the benefit of all. 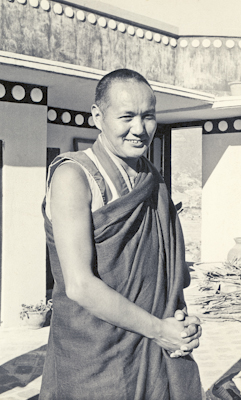 Last year Adele finished her final read-through of the huge Big Love manuscript as edited by Ven Connie Miller and Jon Landaw over the previous four years. We are now finalizing photo selection from the tens of thousands of pictures we have in our photo archive and working on the several maps that the book requires.

I want to thank all those who have contributed to this incredible project and to ask for your continued patience as we put the finishing touches to it. We had hoped to publish the book this spring but it is taking longer than we expected. Please stay tuned for more news and if you're curious you can read excerpts on our Big Love Blog.

In the meantime we are in the final stages of copyediting Rinpoche’s 1,000-page emptiness book, which we expect to publish by the middle of the year. Again, with apologies to our kind sponsors and thanks for their patience, we know it will be worth the wait.

The other book we expect to publish this year, between the above two, will be the next in our FPMT Lineage Series, Lama Zopa Rinpoche’s Good Life, Better Death: Teachings on Impermanence, edited by Gordon McDougall. Response to The Perfect Human Rebirth, our previous title in this series of Rinpoche’s lam-rim commentaries, has been wonderful and we expect no less for this title.

We are also working on several other books, but I’ll keep news of these for a subsequent eletter.

Multimedia Ebooks
As many of you know, for nearly 20 years the LYWA has making the teachings of Lama Yeshe and Lama Zopa Rinpoche available to all around the world in books, on our website, as ebooks and in magazine articles and blogs. We also integrate our vast collection of images in our publications, publish audio plus accompanying transcripts on our website and post video on our YouTube channel.

Emerging publishing technologies now enable us to go beyond our already established means for making these teachings available. Using all the amazing resources we have at our disposal we can develop a completely new kind of Dharma book: a multimedia presentation that brings the Archive collections together into a seamless presentation that draws the reader ever more deeply into the teachings. 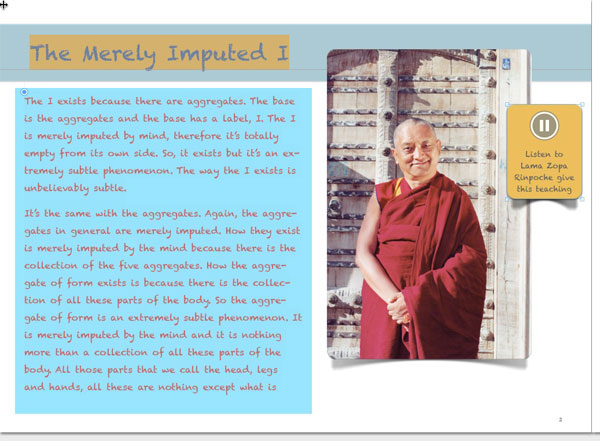 These enhanced ebooks will contain not only written teachings but also the audio from which they came, video when available, photographs from those or similar teaching events and links to related advice and resources. This will bring the teachings to life in a way that has not been possible before and provide a multi-faceted experience that offers even more ways to access the Dharma.

The first samples of these enhanced ebooks have been developed for the iPad and are available on iTunes. Just search iTunes from your device for “Making the Most of Your Life” by Lama Yeshe or “The Merely Imputed I” by Lama Zopa Rinpoche to find and download these free samples. Please let us know what you think!

Lama Yeshe Teachings and Video
We have recently posted two excerpts from Lama Yeshe's Commentary on the Yoga Method of Divine Wisdom Manjushri, given at Manjushri Institute, Cumbria, England, August 11, 1977. The first is on realizing the dharmakaya and the second, on appearance and illusion, is excerpted below as this month's eletter teaching.

We have also posted an excerpt from a teaching given by Lama Yeshe in 1974 at the 7th Kopan Meditation Course, on how illness and death are natural. You can read all the teachings from the 7th course here.

You can read a short excerpt from Lama Yeshe's interview with Brian Beresford and Geoff Jukes in Italy in 1982 where Lama talks about His Holiness the Dalai Lama's visit to Spain. The entire interview is included in the DVD Bringing Dharma to the West, which can be viewed in its entirety on our YouTube channel. Also, see photos of HHDL’s Spain visit here.

Also on our YouTube channel you can see the latest installment in the 8-part series that we have been posting, Lama Yeshe's Thousand-Arm Chenrezig Commentary organized by Vajrapani Institute at Grizzly Lodge, California in May 1980.

New Advice From Lama Zopa Rinpoche
Read a letter that Rinpoche wrote to each of the children at Tara Redwood School in Soquel, CA, where Rinpoche says:

Even now you are giving so much happiness to your family by not harming others and not giving problems, and by giving happiness to others, who are numberless... This is the real purpose of living. This is the best meaning of life and this is the root of our happiness. In this way you can fill up the world with happiness—not only your own family, but the whole world.

Recently Rinpoche asked that we make available some of the letters that Rinpoche has received from students, and we have created a new section of the Advice Book for these. Read letters from students with their comments about retreats and miracles, and offerings of gratitude.

Other new posts this month include Rinpoche's advice to a student on the purpose of becoming a monk and advice for a student with glaucoma. You can see a list of all new advices posted in the past month here.

Updates on Lama Zopa Rinpoche's Health
We have just posted Rinpoche's messages to various students in the days and weeks after manifesting a stroke in April 2011. Since then many of you have been doing prayers and pujas, including those recommended by Khadro-la last year. (While you may wish to continue these prayers and practices dedicated to Lama Zopa's long life, they are no longer being tracked by FPMT.) Rinpoche sent thanks to everyone who had been doing practices for his health and long life:

From my heart I would like to express billions, zillions, trillions of thanks. I highly appreciate you doing practices for me. This is also puja for yourself. Even if you don’t think that, it naturally happens like that, as it is very powerful karma.

I highly appreciate all of you being good human beings practicing the Dharma—not only wanting to achieve temporary happiness in the future, but also wanting to be free from the oceans of samsaric suffering and to free all sentient beings from the oceans of suffering and for them to achieve the highest peerless happiness, enlightenment, the omniscient mind. This is so important, the utmost need—generally to live your life for others, to bring happiness to others.

Again, my deep appreciation to all of you.

You can always keep up with the latest updates regarding Rinpoche's health on the FPMT website.

Thank you again for all of your generous support. We couldn't do what we do without you.

This Month's Teaching: Appearance and Illusion 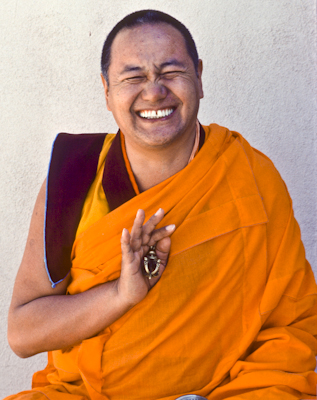 Why do we say that the phenomena of the sense world appear to us as illusory? An illusion is something that does not exist in the way it appears; it’s not real. It’s a false vision; it gives us a false impression. It is misleading to believe in and follow it. Similarly, if we don’t see the objects of the sense world as illusions, in fact, if we believe the opposite, that these phenomena are real, dualistic, concrete entities, we are misled.

Why are all these relative conceptions, movements and energies illusory? Because in appearance they seem to be real, whereas in reality, they are something else. The universal reality of all relative existence is something else; therefore, it is like an illusion.

Saying that relative existence is like an illusion is not just some philosophical fabrication. Nor does it mean that you lose your sense of proportion or your ability to discriminate and that everything gets all mixed up, like soup. It means that you see the phenomena of the sense world as an illusory bubble, simultaneously recognizing that these dualistic manifestations are actually non-dual in nature; they are born from the space of insubstantial non-self-existence and disappear back into it.

What is the psychological effect of seeing all this as an illusion? This wisdom is the antidote, or the solution, to the extreme mind. For example, in the morning, for some reason, you might be extremely happy. Some bubble of excitement appears, you perceive and believe it and think, “Oh, fantastic! I’m happy.” You feel incredibly overestimated happiness. By receiving the relative bubble hallucinated vision of perhaps one chocolate from some bubble man or woman, you feel an incredible, extreme explosion of happiness. In the terminology of Buddhism, such extreme happiness is negative. It’s too uncontrolled. Its nature, its function, its effect is to bring you down. So, in the morning, some bubble like that appears, and you’re interested. In the afternoon, nothing happens, so you’re bored. Your mind comes down; further and further down.

Beauty exists. I’m not saying that we have to reject beauty. What should concern us, however, is the way our projection of concreteness, independence and self-existence onto the relative bubble of transience, dependence and non-self-existent overpowers, overwhelms and dominates our entire reality.

How do you perceive that object of happiness or that object of misery? If you see it as illusory and non-dual, extreme feelings that pump you up so that there’s no space for other feelings cannot function. You have no unequal, unbalanced energy.

If we can recognize the unity of the absolute reality of these two extreme objects, if we can see how these objects are in reality equal in nature—and also in nature with ourselves, the subject—our lives will be balanced.

This teaching is an excerpt from a Commentary on the Yoga Method of Divine Wisdom Manjushri, given at Manjushri Institute, Cumbria, England, in August, 1977. Edited by Nicholas Ribush. Read more of this teaching on our website.