The following is a transcript of teachings given by Lama Zopa Rinpoche at the Seventh Kopan Meditation Course held in November-December 1974. They form an auto-commentary on the course text, The Wish-fulfilling Golden Sun of the Mahayana Thought Training. You can also download the transcript of Rinpoche's teachings as a PDf file.

See also the introductory talks given by Lama Yeshe at this course: The First Clear Step, The Cycle of Death and Rebirth and Illness and Death are Natural. 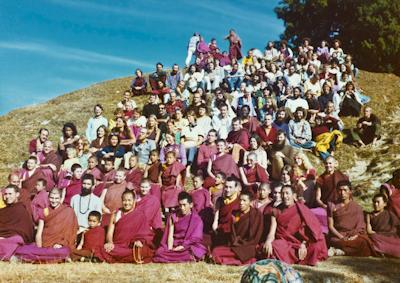 Beginningless Mind »
+ View all Teachings on this topic
+ View All Teachings