Big Love: The Life and Teachings of Lama Yeshe

Big Love, the official, authorized biography of Lama Yeshe, will make a significant contribution to the history of Tibetan Buddhism in the West. It contains personal stories of the lamas and the students who learned, lived and traveled with them, as well as more than 1,500 photos dating back to the 1960s. Watch this short video, The Big Love of Lama Yeshe, for an overview of this historic publication.

Order your copy using the "Add to Cart" button on this page. Read more about how to order here.

Please see what people are saying about this amazing book and explore our Big Love resources to find links to excerpts from the book, a homemade audiobook version of chapters from Big Love, a special image gallery of rare photos, a video of Lama Yeshe's final teaching at EEC1 in 1982, and Adele Hulse's dramatic readings on the LYWA YouTube channel. 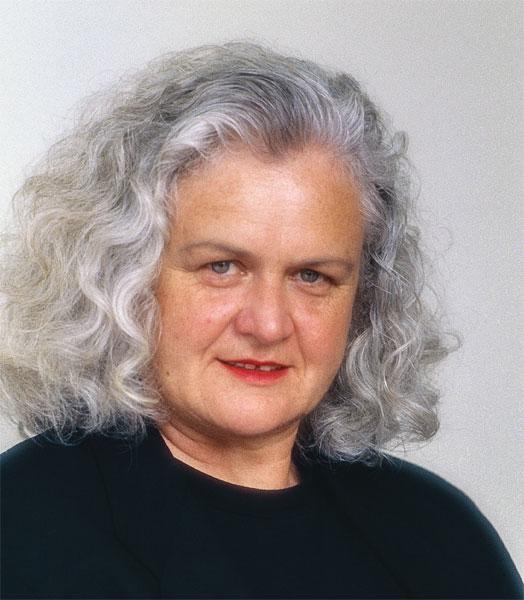 On behalf of the many people who have contributed to the production of this book, I would first like to sincerely thank His Holiness the Dalai Lama and Kyabje Lama Thubten Zopa Rinpoche for so kindly providing forewords and our own precious Ösel for his afterword.

When Lama Yeshe left his body in March 1984, his close students were devastated. As time went on and the centers Lama created and envisioned sprang up all around the world, his name was said less often. This is the nature of things. However, his closest disciple, Kyabje Lama Thubten Zopa Rinpoche, reveals his profound guru devotion every time he mentions “Lama.” Everyone knows “Lama” is Lama Yeshe. Rinpoche often hides his face when he mentions “Lama” because he is overcome. Every tiny detail Rinpoche reveals about his time with Lama Yeshe is a jewel beyond price. Rinpoche’s guru devotion is an inspiration and a model for all his students.

This story begins with the Chinese communist invasion of Tibet which unintentionally yet so fortuitously brought the ancient wisdom of the East to the outside world. Lama Thubten Yeshe changed our lives. He introduced us to the unlimited potential of our mind and the value of being of service to others. He also taught us how to live, raise our children and die.

In 1976 Lama Yeshe called me to an interview and told me I was “a writer” and that I should write “for him.” At Lama’s request I immediately began editing one of his teachings.

While running a fashion import business for Lama Yeshe’s organization, the Foundation for the Preservation of the Mahayana Tradition (FPMT), I made a connection with The Age, Melbourne’s then broadsheet daily newspaper. In 1984 I was offered a column. This was my chance to write “for Lama” because you can say anything in a column. I wrote under a pseudonym and channeled Buddhist teachings through the work. That column ran for twenty-five years. Since 2000 I have worked for Makor Publications at the Lamm Jewish Library of Australia. Melbourne is remarkable for its high percentage of Nazi concentration camp survivors and it is not surprising that Makor is the world’s largest publisher of Holocaust memoirs in English. These two vehicles provided experience and training.

In 1992, Peter Kedge, one of the lamas’ first students and Lama Yeshe’s attendant for many years, approached me with the idea of writing the biography Lama Yeshe wanted written. Lama had instructed me to “write for him,” so it seemed this was the appropriate opportunity. Peter and Nicole Kedge funded my travel and other expenses while I interviewed hundreds of Lama’s colleagues and students around the world and produced around three thousand or so pages of interview transcripts. I also collected and catalogued 3,500 photographs.

I knew the story had to be told simply, because it was such an important one. That meant it should be chronological. Along came George Farley, former chair of FPMT, member of the Board for thirteen years, and in 1982 His Holiness the Dalai Lama’s first host in Australia. I am not technically skilled. Fortunately, George is exceptionally skilled. He adapted a software program which identified each paragraph of every interview by speaker, subject, time and place. Moreover, George was able to teach me how to use it. As a tool it was incomparable because all the information relating to events could be examined side by side.

Initially we thought the work would take eighteen months, but through many iterations and much refinement, including cutting the whole manuscript by half, it took eighteen years. At one point the work was so overwhelming I did not see friends for three years and took one thousand days of the eight Mahayana precepts to give myself strength. Later I realized that, while I had assembled a vast amount of information in the right order, it was rigid and unwelcoming. I sent it to my friend Helena Denton, one of the best-read people I know. She understood the problem completely and worked on about fifty pages to show me where I had gone wrong. Another rewrite.

It was much better but it still didn’t “sing”—and this was Lama Yeshe’s book, so it had to sing. Every now and then I had to take a month or so off, for perspective. During one of these breaks I read The Tree of Man, by the Australian Nobel Prize-winning author, Patrick White. Then I read everything he had ever written and at the end of that I could feel the song, the cadence. The words just wrote themselves.

Of course, being an old hand, I still want to rewrite every sentence . . .

Further work, such as references, footnotes, collecting and cataloguing tens of thousands more photographs and other preparations for publication, took another ten years.

From 1986 to 1996, Peter and Nicole took over and funded the substantial development of the archive of Lama Yeshe’s and Lama Zopa Rinpoche’s teachings. By 1996 their Hong Kong-based team had catalogued every one of the Lamas’ known teachings and gathered up every available tape, transcript, note and early video recording from around the world. The assembled body of the lamas’ life work was, at that time, known as the Clear Light Archive.

In 1996 the Clear Light Archive was handed back to Dr. Nick Ribush in Boston, at which time Kyabje Zopa Rinpoche renamed it the Lama Yeshe Wisdom Archive. Since then, under Dr. Nick’s brilliant leadership, the Archive has developed beyond all expectations and made available almost one million books of the lamas’ teachings, free of charge. It is therefore an appropriate delight that the Lama Yeshe Wisdom Archive is the publisher of this, the first edition of Lama Yeshe’s biography.

I am not a scholar. I have simply tried to present as clearly as I can and through the voices of those who were there, the story of this extraordinary, larger-than-life man. I conducted hundreds of interviews and this manuscript was reduced from a body of material three times the size. It provides a record, to the best of our knowledge, of Lama Yeshe’s life—where he went, what he did and said. There is much about Lama that remains private, such as his conversations in Tibetan and the brief times he spent alone. Sadly, nearly all his passports, traveling and personal papers were lost.

The scope of Lama Yeshe’s vision was beyond the grasp of most students, who found absorbing the teachings and building a personal practice within this new culture hard enough. Pioneers all, often without professional, managerial or financial skills, their courage was admirable, but actualizing Lama’s plans to preserve the Mahayana tradition took decades to resolve. Lama probably knew he had little time left in which to establish his organization and the sheer number of projects he initiated was overwhelming. Regrettably, many did not survive. For example, Lama repeatedly insisted that his teachings be recorded on video, but sadly, that was rarely organized. In hindsight, it is easy to see that more could have been achieved in his lifetime, but Lama was patient with his students. “They means well, dear.”

I am deeply grateful to everyone who kindly agreed to be interviewed for this book. Any photographs or new information about Lama not included here will be gratefully received by the publisher with a view to subsequent editions and compiling the most complete record possible.

This book is not a nam thar, a particular Tibetan genre of spiritual biography, in that it does not record all the teachings and initiations Lama Yeshe received and taught. Lama Yeshe is an appropriate subject for a nam thar but the author would have to read, write and speak Tibetan, which I don’t.

Lama Yeshe’s place in the establishment of Tibetan Buddhism in the West is unique. As several of his peers have said, no other monk of the Gelug lineage besides His Holiness the Dalai Lama has done more to spread the profound teachings and practices of Tibetan Buddhism.

What People Are Saying About Big Love »