Kyabje Lama Zopa Rinpoche gave this teaching on karma at the Tenth Kopan Course held at Kopan Monastery, Nepal, in 1977.

This teaching is an edited excerpt from Lecture 8 of the course. 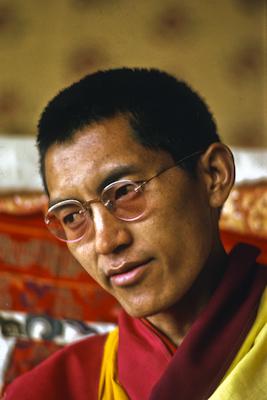 Nonvirtuous actions lead to suffering. For instance, a person who has a short life and dies in the mother’s womb or dies as a child before he grows up. Perhaps he dies by being shot or killed by other people. Such things are caused by nonvirtuous actions that were done with nonvirtuous thoughts, either in previous lives or in this life. Shortage of life is the karmic result of having caused others a shortage of life, such as killing somebody. We have created this karma by causing a shortage of life to other human or non-human beings.

Heavy negative karma with a result that will be experienced in this life, is collected in connection with beating, scolding or killing our parents. Karma in connection with our parents is heavy, negative karma because of the object. This kind of karma is very powerful. So is doing actions with a negative mind to holy beings, such as enlightened beings, bodhisattva, arhats and beings who have attained the mind of the loving, compassionate thought of enlightenment. In relation to such beings, we create very heavy karma. Cheating and telling lies to our parents—all those negative actions are very heavy, and the suffering that we experience even in this life is very powerful.

There are many examples of people who, in their early life, did not take care of their parents. They beat their parents and did many bad things to them, or else they cheated and lied to them. They did all kinds of things with a negative mind; not with a positive mind, not with a beneficial thought, not wanting to benefit. There are many examples of people who experience the results in this life, and sooner or later go blind or become very poor, things like that. There are different problems; it depends on what negative karma we create.

Negative karma in relation to friends and family in a previous life is created by the nonvirtuous thought; the jealous mind that causes misery to other people. In this life, we see many families fighting every day.

Some countries experience enjoyment for a long time, then all of a sudden things go wrong. There is no water, the crops fail and there is no more enjoyment. Or from being rich, the country becomes poor and there are many thieves, storms, hail and drought. Normal food becomes scarce. These problems are caused by the nonvirtuous action of stealing, which is created by people who stole the crops in that country, in this life or in a previous life.

Once I heard a man talking about the place he came from, saying how terrible it was there now, because there were no more crops growing and there were many problems. This is the result of the negative karma of stealing. When I said that, he said that it was true, the people in his country used to steal and rob so much. So, it’s possible for the karma to ripen in this lifetime.

In the teachings by Guru Shakyamuni Buddha there are so many stories about different sentient beings’ karma. By creating such-and-such a cause, the result is experienced in this life.

Also, sometimes Guru Shakyamuni Buddha went to a certain place where there was great suffering. People such as fishermen had terrible trouble from very fearful animals. With his psychic power, Guru Shakyamuni Buddha could see and explain karma to the people. In the teachings, there are many explanations about karma.

Anyway, as we develop our mind through meditation practice we can understand karma. As we do purification and purify ignorance, we can see karma more and more clearly. Sometimes when we have purified enough, we attain the psychic power to remember our past and see the future. At that time, we can clearly see our karma. Even though at the moment we cannot see our karma and we cannot see the cause, we can certainly experience the result.

The Mandala Offering
The Mosquito is the Cause of Our Enlightenment
Attachment to Alcohol and Drugs
The Shortcomings of Harmful Thoughts
That's the Lamrim!
Kopan Course No. 10 (1977)
Emotional Ambition