Attachment to Alcohol and Drugs

Kyabje Lama Zopa Rinpoche gave this teaching on attachment at the Tenth Kopan Course held at Kopan Monastery, Nepal, in 1977.

This teaching is an edited excerpt from Lecture 2 of the course. 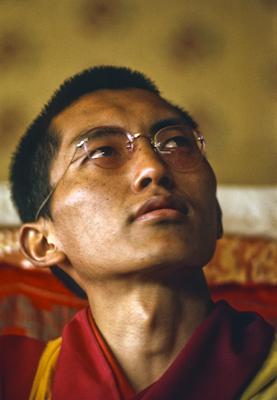 The big problems in life that so many people have through drinking alcohol are caused by the dissatisfied mind of attachment, which causes the mind to have no control over desire. Without talking about the dangers of alcohol to a person’s mind, whatever garbage there is in that person’s mind—the secret things, such as blaming other people—at that time everything comes out, like in a movie.

Besides all that, alcohol creates so many other problems. A drunk gets angry easily, even though in the view of other ordinary people there’s no actual reason. Because there’s no control in his mind, he easily gets angry and fights other people without any reason. Also, there is no shame or fear in his mind. Because the mind or the consciousness has no control, if there are weapons around, there is real danger to the lives of people around him—to his family, children and other people—and even to his own life. There are so many examples of this happening.

Then, the alcoholic completely destroys the material possessions collected with so much effort; things that he and his wife have worked day and night to buy. On top of that, he can’t work properly, so he gets dismissed or kicked out of the office. After losing his job, his family suffers. There is no more money left, so he can’t take care of his family and children. For his parents and his wife there is so much worry and it is difficult for them to take care of him. All these problems are caused by the dissatisfied mind, attachment. We can see this clearly.

Smoking is similar. A person who smokes many cigarettes cuts his or her life short. If he didn’t smoke, his natural lifespan would be long, but he causes his life to be shorter. On one hand, he has a natural long life and on the other hand he lacks understanding of the effects of smoking on his mind and body. Other people do not cause this; he himself causes this shortage of life. He damages his own lungs and liver, or maybe has a heart attack. Smoking makes the body’s organs like rotten fruit. There are so many dangerous diseases like cancer, which are difficult for doctors to cure.

Anyway, besides becoming physically unhealthy, without question, smoking is harmful mentally—it damages and pollutes the mind. Smoking pollutes the body and the mind. It also pollutes the nadis—the arteries or chakras that people who study yoga talk about. It pollutes the chakras and has many damaging effects on the mind. Physically and mentally, smokers become unhealthy and all these problems come. Their teeth turn yellow, their face loses its color, and even in the nails, we can see the signs; they look burnt. When we see the person’s face, we can feel whether that person is smoking a lot or not. We can see even from the face; we can feel the vibrations. Even if he is not smoking, we can’t stand to be close to him, because of the smell. Even if he’s not smoking at the moment, the smoke is living inside and we can still smell it.

Anyway, all these problems which are difficult to cure by medicine, if we check back to the cause of the problem, it is attachment. That is very clear. Not smoking cigarettes doesn’t cause death or starvation. Anyway, we can see that all such problems are caused by attachment, the dissatisfied mind.

It’s the same thing with drug addicts, who have also lost control over desire and attachment. They can’t give up the habit, and because of that there are many other side effects in their lives. Their parents hate them and refuse to take care of them and as they get more addicted, they have less control and are more and more unconscious most of the time. All these problems—going to prison, owing a lot of money—all these are caused by the dissatisfied mind, by attachment.

Even terrorism comes from the dissatisfied mind. This is happening so much in Germany, with terrorists causing much danger to many people, shooting people and each other, creating so many problems.1 They are confusing many people and causing many governments to have meetings. All these things again are the problem of attachment, of not controlling attachment. Because people can’t control attachment, all these problems happen—they cause problems to other people and disturb the happiness of other sentient beings.

Then also kidnapping. There are many problems in the West due to people being kidnapped. That is one of the worst things; it is incredible, very dangerous. We have to make a choice; either we give our life to the kidnapper, or we give all the money in the bank that we have been storing in our life. Even with the daughter or son of the family, the parents have to pay incredible sums of money, which they could never repay in their life—so much money they would have to be born and have another life, and work again to pay it all back. It is such an incredible sum of money that even in one life they couldn’t repay it, so this is a very bad thing. Problems like this are created by the mind. They are not created by mountains or by the earth; they are not created by rocks or water or the weather. These problems are created by the mind, by bad thoughts.

Last year we had an old Italian student who was in danger of death twice in one year. He lived alone, and he was at home alone when gunmen came in and tied him to a chair. They put guns to his neck and confiscated whatever money he had. Fortunately, as he was screaming, there was a lady downstairs who heard it and quickly made a phone call. Then they left, but they kept on phoning him and demanding more money. I don’t remember exactly how much, but it was too much! I think a number of millions. They had fixed the date, saying, “If you don’t pay before then, we will kill you.” He was in such danger, but I think he escaped. Lama Yeshe sent an Italian monk to guard and protect him. He lived alone and is quite old, so Lama thought a monk from the monastery could protect him. Anyway, the main point of the story is, we should understand how the attached mind is dangerous—how delusions or bad thoughts such as attachment are dangerous.

We can see clearly how attachment disturbs our happiness and the happiness of other sentient beings. It constantly makes us create the cause of unhappiness, of suffering, and it always binds us, preventing liberation and freedom from the suffering of attachment.

1 As this is 1977, Rinpoche is probably referring to the Baader Meinhof (aka Red Army Faction), a terrorist organisation that carried out bombings and assassinations in Germany in the 1970s. [Return to text]

The Mandala Offering
The Mosquito is the Cause of Our Enlightenment
Karmic Results
The Shortcomings of Harmful Thoughts
That's the Lamrim!
Kopan Course No. 10 (1977)
Emotional Ambition