I hope you are well. Thank you for your interest in the Archive.

While last week’s excitement of getting a permanent home for the Archive morphs into the sobering reality of actually having to move, we continue working on several projects on several fronts.

Thanks to your kindness we have received all the money we need to reprint five of our popular out-of-stock titles, as mentioned in the last couple of e-letters, and we express our appreciation to all of you who contributed. 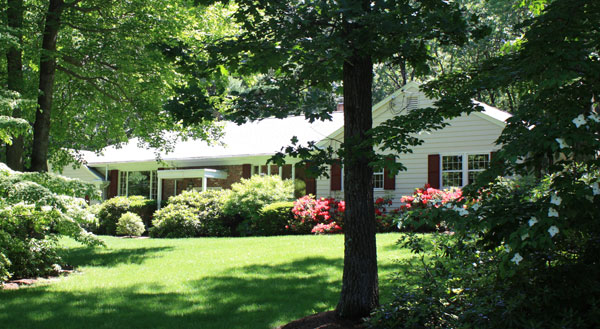 We are also putting the finishing touches to our next free book, Lama Yeshe’s Life, Death and After Death, his last teaching in the West. See below for an excerpt from this book.

Why Feed Samsara
Lama Yeshe used to say "Why feed samsara?" Despite the drawbacks, we all do it every day, and now at least there is a benefit that can come of it! LYWA has partnered with Market America to transform our every day shopping activities into support for the Archive. Many of us shop online anyway, and if you first go through LYWA’s Market America "portal", your purchases will accumulate rewards for LYWA. Other benefits to you as the shopper include:

If you are interested in helping LYWA further by starting your own portal with Market America, or if you have any questions at all about this program, please send an email to jen@LamaYeshe.com.

Start shopping and remember to spread the word. The more shopping, the greater the benefit!

Our online Image Gallery continues to grow! This month we invite you to browse through the best of our collection of images from 1973. The collection includes pictures from the 4th and 5th Kopan courses in 1973, Lawudo retreat center and Zina Rachevsky during her final retreat.

New on the Web
Read an excerpt from Teachings From the Medicine Buddha Retreat that is newly posted online for free. We've posted this excerpt on the website All Things Healing, an online community dedicated to healing mind, body, spirit and planet. Check it out.

This month's podcast is a teaching on karma excerpted from the recorded teachings of Lama Zopa Rinpoche in Singapore, January 1993. The series includes teachings on karma and motivation, the meaning and benefits of reciting Om Mani Padme Hum, and an oral transmission of the long Chenrezig mantra. Note that this recitation is also available on CD for purchase from the FPMT shop.

His Holiness the Dalai Lama in 1974
Before His Holiness’s Kalachakra initiation in Bodhgaya in January 1974, he gave a preliminary teaching on the incredible text The 37 Practices of the Bodhisattva by the great bodhisattva Togme Sangpo. After the initiation, I was one of ten Kopan Westerners who were ordained by HH Ling Rinpoche. The following year I accompanied Lama Yeshe and Lama Zopa Rinpoche on their nine-month world tour, acting as roadie and teaching assistant. For some reason, Lama Yeshe asked me to actually give a ten-day course myself. This happened in April near Sydney, and to help me with this somebody gave me a translation of His Holiness’s Bodhgaya teaching. I forget who the translator was, but I’ve been carrying this translation around with me for the past thirty-five years. So, now we’ve finally tidied it up a bit and put it on our website!

Thank you again for your interest and please let us know if there's anything we can do for you. 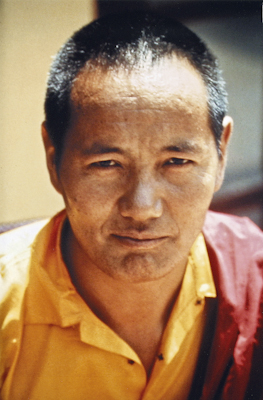 Yesterday we were talking about the many confusing things that can occur during the death process. And as you know, from the Buddhist point of view, all confusion and disease comes from the three poisons: desire, hatred and ignorance. So all the hallucinated visions we experience at death come from these three poisons. If we were free from them we’d have no problems at the time of death. It would be blissful.

This is important to know. When we describe the death process, with the absorption of the four elements and the resultant confusion, we're talking about people whose minds are occupied by the three poisons. They are what cause imbalance of the body's elements. Saying that the elements absorb means that the elements are out of balance.

When you hear teachings on this topic you’ll hear things like "the elements absorb" or "earth sinks into water," which is the kind of language we find in Tibetan texts on this subject. This is just terminology. Actually there’s no such thing as earth actually sinking into water, water sinking into fire and so forth. Scientifically speaking, one element deteriorates and disappears, causing bodily imbalance and mental confusion. Anyway, this deterioration and imbalance comes from the three poisons.

Those of you who have some familiarity with Tibetan medical terminology will have heard of rlung, usually referring to a disturbance of the air element. When desire arises it produces strong air energy in your nervous system; the air doesn't move smoothly and there can be hyperventilation. Jealousy and hatred disturb the bile. Hatred especially produces too much fire; excess of the fire element. Ignorance produces an excess of water. So when one of the three poisons is strong it causes its corresponding element to get strong and this creates an imbalance among the elements and causes confusion within us. And this can kill us.

Our air element is supposed to preserve our life but if it gets out of balance we can die. It's the same with our fire element: normally it preserves our life but if there's an explosion of heat it can kill us. What about water? Water is necessary but if there's too much, again we die. However, when our elements are correctly balanced, good things happen. When one gets extremely out of balance, we die. That's our reality.

Some of you might have read the Bardo Thödrol [The Tibetan Book of the Dead]. In it there are descriptions of horrible visions some people have when they're dying, like being attacked by somebody with a knife. Things like that. One way it looks kind of exaggerated: "How could that be?" It seems too much. Another way, I think it can be true. We have accumulated so many layers of negativity, not just in this life but from beginningless previous lives, one piled on top of the other.

For example, we see people in hospital with terminal cancer suffering greatly, going in and out of consciousness. For me, that's like hell. When I see people in a cancer ward I don't need any other explanation of hell. Of course, we have detailed explanations of hell but for me the cancer ward's enough. It's not usual suffering; it's unusual. It's worse than animal suffering. They're conscious, they slip into unconsciousness and the death process; then they come to again. Have you seen people suffering like this? For me this is a hellish experience. So I'm going to say that this kind of situation is absolutely the same as what's described in the Bardo Thödrol: exaggerated visions of yamas with horns coming to eat you. Things like that.

In San Francisco in 1978 I went to see some cancer patients. I couldn't sleep that night; seeing those people was too much for me. It was like hell.

That’s why it's so important for you to keep yourself clean clear all the time. Every day, keep yourself as clean clear as possible. Don't create confused situations with your body, speech or mind. It's simple. Then you'll have no problems. You'll be balanced both internally and externally and will also not be in danger of contracting a serious disease.

When we meditate and the negative forces of confusion come, we recognize them for what they are: confusion, illusion and untruth. Then you can understand non-self-existence and nonduality during the death process. You develop a more stable comprehension of reality. This makes a big difference as to whether or not you can cope with what's happening when you die. If you're too shaken by the illusions that appear, you have no control, but if when the illusory appearances come you have conscious strength you can maintain control.

If you're seriously ill with advanced disease and tremendous confusion, you can't cope. You can't keep yourself clean clear because of the overwhelming power of your confusion. But if you die in a more normal way without tremendously heavy illness and confusion, you can cope by yourself and keep your consciousness clean clear. When the various stages of death occur you can explain to yourself, "Now this is happening, now that will come…" and watch what's happening almost as if it's happening outside of yourself. What I'm saying is that being conscious and having control during the death process depends a lot on your mind's being free of the three poisons. That's the conclusion.

Perhaps you're thinking how is it possible for craving desire to arise at the time of death? Craving desire arises on the basis of fantasy. Our normal, everyday waking state life's craving desire is of course a fantasy, but even though when we are dying our eyes are closed and everything is shutting down, still, the experience of past fantasies arises, so we grasp at our future coming life at that time.

It's just like when we dream. Craving desire can arise so strongly in dreams that we can even ejaculate. It's so strong. Our dying body can be as cold as ice with no circulation but these kinds of things can be going on within.

Fortunate people who die naturally, without heavy disease or confusion, have a very smooth death. The advantage of this situation is that of clean clear control: even though some confusion might arise during absorption of the elements, the dying person can recognize the various appearances as hallucinations and understand that there's no self-existent earth, water, fire and so forth and therefore can maintain control. Then, slowly, slowly, as more elements absorb, the person naturally becomes clearer and clearer and approaches non-self-existent, or nondual, unification, and is slowly led to the completely clear light stage. Instead of causing confusion, the death process allows the person to touch reality. So death can bring good things or bad; here I'm talking about good things that can happen.

Lama Yeshe gave this teaching in Geneva, Switzerland, in September 1983, his last teaching in the West. Edited from the Lama Yeshe Wisdom Archive by Nicholas Ribush. Excerpted from Life, Death and After Death, forthcoming from the LYWA, October 2010.