The Truth Will Win

The Truth Will Win

Rinpoche sent this advice about karma to a student who was having difficulties with tenants who owed thousands of dollars in rent and property damage. The tenants were eventually evicted, but the student found it difficult to generate compassion for them after seeing the full extent of the damage. Rinpoche explained that we should see the people who harm us as the object of our compassion and gave examples from his own experience. 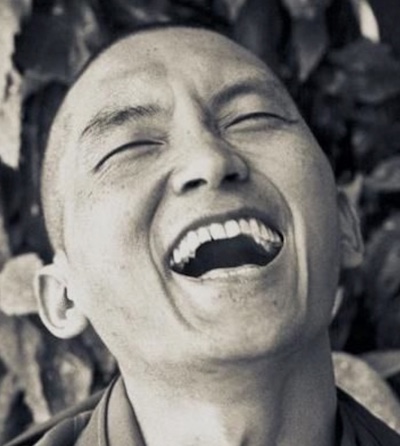 My most dear, most kind, most precious, wish-fulfilling one,
Without harming others or mistreating others, this would never have happened. It’s not logical and there is no reason for this to happen at all, so the cause of what they did to you and to the family is totally dependent on what you caused them, by mistreating them in the beginning. So this harm you are experiencing now completely came from you. Originally the harm was done by you, it came from your self-cherishing thought, and now they are creating negative karma by harming you in this way. They will have to go to the lower realms, such as the hell realms and so forth, therefore you have to help them, to pray for them to not be reborn in hell and for the unbearable suffering to not happen. [Read more about karma here.]

When you do purification, also think of them, for example, when you do Vajrasattva practice, visualize them in your heart and purify the negative karma like that. Any purification practice you do, think of them and purify together as much as possible, by praying to Guru, Buddha, Dharma, Sangha. Think it is your self-cherishing thought that is harming you, not them. You should understand this and look at it like this. If you go back to the origin, it is your self-cherishing thought, and the way you have treated others has caused this.

My own story is an example—I think you may have heard this already, but I am not sure. When I was in Tibet and saw the police, it was very scary. They are in the cities running around on motorbikes with nooses to catch people, so you never know what will happen. In India we are not aware of so much of the situation in Tibet and China, and we don’t have that fear, like what we would have in Tibet.

Anyway, I thought to really help His Holiness the Dalai Lama, so I wanted to build a statue, if possible one-story high and to build nine of them, but that was not possible, so then I tried to build just one statue which would be nine stories high. One man, a nomad in a very high position, said he knew the Tibetan people and would be able to help us buy the land to build the statue. His idea was that people could climb inside the statue and they would see the view from its heart, so it would be like a tourist attraction.

We bought the land, but what happened is that the Tibetan people who helped us—I’m sorry to say this, to explain this—we found out that the land we had bought did not cost even half of what we had paid, and they used the other half [of the funds] themselves and bought more land to build a hotel. I only found this out much later. One big businessperson, who was Buddhist, accepted to help us, so he sent his manager to check the land. The manager saw the cost of the land was half of what we paid and he saw in the Chinese office a lot of false letters. He told the businessman, who got very angry because he thought the Tibetan man had cheated me. He thought “How is it possible?” and he wanted to put the Tibetan man in prison.

But I said we could not do this; we could not put him in prison, we could not. This was not to just to save their reputation, but just generally as a practice we can’t do that, we can’t send him in prison. Of course, we are born as human beings, and we can’t do that. We need to give special meaning for this human life, so we can’t do that harm to others. Of course now, being Buddhist, there is no way to do that, because that means to harm others. When we harm others we are not thinking about the result karma; we are only thinking about harming them back, but that is creating the karma to receive harm again in the future.

The reality is that, for example, young Tibetan people want to fight China, but His Holiness the Dalai Lama often says “The truth will win,” so peace will solve this, not violence. The whole issue is that if we harm back, like the rest of the world, then we create the karma to receive harm from others for many hundreds of thousands of lifetimes, again and again. We have to go through so much suffering not just one time—the result from just one negative karma is suffering for many hundreds and thousands of lifetimes, depending on how it is done. It is said that if we cheat one sentient being, from that one karma, the result in future lives is that we will be cheated by sentient beings for thousands of lifetimes.

So we officially lost all the money we paid for the land, because the man didn’t build a school or a hospital and he didn’t even go to the office to try to save the land, as you need to do something on the land before starting to build the statue. If you don’t do anything, then you lose the land, but another statue was still built in another place. I think it has been less than fifteen years since it was started.

Not only that, a long, long, long time ago, there was a lady who said she had so much money and could definitely pay for one of our main projects, but in the end we found out she had lied to us so much. She didn’t have the money and ended up taking money from us. This is also karma that I, myself, created in the past, from harming others, cheating others, so the result is that. Even the observation that we have karma to lose, to not win, even that observation goes under the karma. For three years we took care of this lady, helping her, paying for her, but it seems in reality maybe there was nothing and she was lying. We spent money looking after her, then we found out it was all a lie. So I sent a message to her to not act like this from now on.

Instead of putting them through a court case, with so many expenses that go into that, we should be making offerings to the Guru, Buddha, Dharma and Sangha, and collecting so much merit, or using the money to make charity to sentient beings, especially if it is done with bodhicitta. We should offer charity to sentient beings instead of bringing a court case with so many expenses, where all that money is totally wasted.

Our life is very short; we can die at any time and then we go to the next life. This life is not the only one, it is endless and it depends on karma, what we created before.

For you specifically, you should do Vajrasattva or any purification practice with that person in your heart, to purify them and pray that they generate bodhicitta realizations and the path to enlightenment. Pray for that.

So please think about this.

I’m very, very, sorry about what happened to the family and to you.