This letter was sent to a student who had been in retreat for several years and had written to Rinpoche about the practices he had done in retreat. The student, when asked, had told Rinpoche he would choose to be born in a suffering realm instead of a pure land. 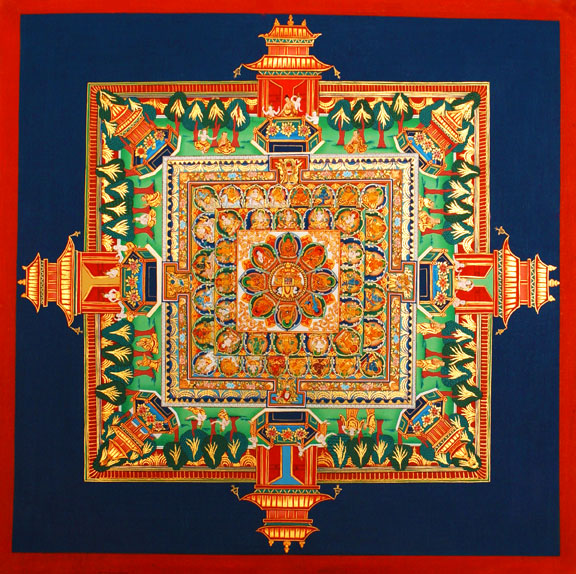 My most dear, most precious, most kind, most wish-fulfilling one,

A billion, zillion, trillion, numberless thanks, skies of thanks to you for surviving and being Buddhist and being able to do all these practices.

Now you are going to start Medicine Buddha—that is excellent. Please, as you do this, dedicate for the world—for all the wars, famine, disease, economic problems, torture, all those things, the dangers of fire, water, air, earthquakes and tsunamis to be pacified immediately. Dedicate to pacify all the problems in the world, and for perfect peace and happiness to prevail in your heart and in the hearts of all sentient beings of this world, by generating loving kindness and bodhicitta in your heart and in their hearts. May Buddhadharma last a long time in this world. May sentient beings meet Buddhadharma and achieve enlightenment.

What I love is your comment—it was a most interesting thing—when I asked you which pure land you wanted to go to, you said you would choose to be born in the suffering world, rather than going to the pure land. That for me, is a sign of good achievement of Dharma practice. I have told this somewhere, also your story. This is a great, great result of reciting OM MANI PADME HUM and so forth. It’s so good.

Rinpoche sent this advice to a student who was in a long retreat.

My most dear, most kind, most precious, wish-fulfilling one,
I am just sending you my best regards. I didn't get to write for a long time, especially as now you are in retreat.

I believe you are doing the retreat for me and for all the sentient beings—for all the ants, all the maggots, all the ticks, all the mosquitoes. Numberless thanks to you for each and every second.

A longtime student wrote to Rinpoche about doing a long retreat.

My very dear one,
What came out best for your three-year retreat is Vajrayogini. It comes out for you to start after two years, but you need to do preliminary practices before that, if you haven’t done them already.

Generally there are nine preliminaries before the retreat. If you have done any of them in the past, that can be counted. So please let me know.

Thank you very, very much, a billion times, that you kept my advice and got done whatever you have done. Great!

Rinpoche sent the following message to a student who had just completed a three year lam-rim retreat.

Dear Kerry,
So worthwhile! Amazing, amazing! I am very excited about your news! WOW WOW!

So happy to hear this news!

For the purification practice to do after retreat, I checked and it came out best for you to do peaceful fire puja. Geshe-la can help you and you can use any deity. Maybe Heruka is best.

Rinpoche gave the following advice to a nun in long retreat.

Rinpoche gave the following advice to a student who had strong experiences while doing a long retreat. Footnotes by Ian Coghlan, with reference to Principles of Buddhist Tantra, by Kirti Tshenshab Rinpoche.

My very dear Joanna,
I checked with Kirti Tsenshab Rinpoche about your experiences, and he said that they are due to the blessings of the deity. Due to the strong experience of bliss and due to that method, superstitions and conceptualizations cease.

In the gradual completion path, the wind enters the central channel then abides and absorbs, and the mind becomes extremely subtle. Even if that doesn’t happen, then what I mentioned before will happen.

Also, mistakes can arise, such as the view for which there is no cause and conditions, or the “Hashang view.”.1 When Lama Tsongkhapa went to Jonang Monastery for puja and the monks recited the four rounds of emptiness: “Form is emptiness, emptiness is form, etc,” Lama Tsongkhapa completely fell into concentration. Later, he asked Manjrushri about this experience. Manjrushri said it is neither the Madhyamaka or Cittamatrin view. Manjrushri advised Lama Tsongkhapa to collect merit and purify defilements. If you attain this, your concentration will develop.

Kirti Tsenshab Rinpoche said that this experience you are having is due to having a stable mind and the blessings of the deity.

From the sutra path you gradually achieve shamatha and great insight. Later they are unified. According to tantra, if you can bring the understanding of realizing emptiness and with that mind focus on the deity’s holy body, through this you can accomplish calm abiding and great insight together. It says in Lama Tsongkhapa’s small lam-rim that particular, exceptional experiences like this can happen, so you need to understand that part of the instruction. In tantra, from the time of the initiation ripening the mind, the cause which ripens the mind, so you can have experiences similar to the completion path.

If your breath and heart stop while meditating, you can motivate to meditate like this for one hour or up to a certain amount of time, to experience this, but you also need to have someone to stop you, to remind you of the time and to check.

1  Hashang was a Chinese monk who travelled to Tibet at the time of King Trisong Detsen and propounded a view that does not rely on cause and conditions. The view does not rely on a path and asserts that just as both white and black clouds obscure the sun, so both virtue and nonvirtue obscure the rise of wisdom. [Return to text]

4  The realization does not cause the practitioner to transfer or move from the generation stage to the completion stage. [Return to text]