Impatient and Upset at the Teachings

Impatient and Upset at the Teachings

A student confessed becoming impatient and upset while attending one of Rinpoche’s teachings. Rinpoche advised how to purify any negative karma collected. 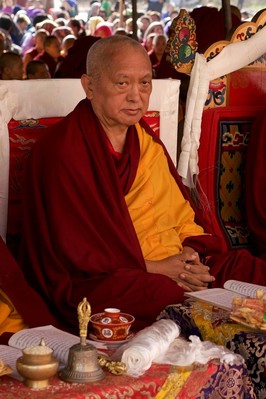 My most dear, most precious, most kind, wish-fulfilling one,
Thank you very much your kind letter. I am sure you expressed your difficulties and I am sure there are many people unable to express that. So whatever happened, by expressing it to the guru, that itself becomes purification. It is not hidden, so that purifies and the negative karma becomes lighter.

What happened? Was it because you wanted the teachings to finish very fast? What happened? What was it? Can you explain to me? I would really appreciate that, then I can explain more.

However, if you read Practicing Guru Devotion with the Nine Attitudes that will help. Also, do the practice of Samayavajra one day and then the next day do Vajrasattva practice, so alternate like that. If you are able to do Lama Chöpa, then in the confession section you can do Vajrasattva one day and Samayavajra the next day. But if you don’t do Lama Chöpa then just do these practices, a different each one each day.

“Learned ones” means they know Vajrasattva. So this brings the realization that we have incredible freedom in our life, in our hands, and even if heavy negative karma is collected we can purify it so we don’t experience the result or the resultant suffering is small.