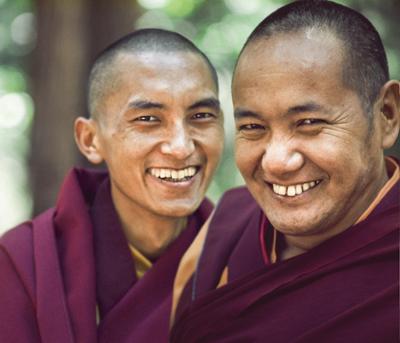 Thank you so much for your great generosity and support. We received over $10,000 of donations during Saka Dawa. Please read on to see what offerings we have for you!

Guru Puja is the Heart Practice: The Seven-Limb Practice

The Seven-Limb Practice is the third installment in our latest multimedia series “Guru Puja is the Heart Practice.” The Seven-Limb Practice brings together instructions by Lama Zopa Rinpoche on the chanting and practices for the seven-limbs in the context of the Guru Puja. These seven limbs—prostrations, offerings, confession, rejoicing, requesting to teach, requesting to live long and dedication—contain all the practices needed to accumulate extensive purification and accumulation of merit before entering the main body of the practice. 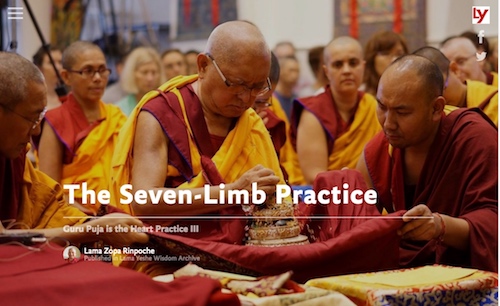 Guru Puja is the Heart Practice multimedia series contains a wealth of teachings and instructions on the Guru Puja, which Rinpoche emphasizes is to be taken as the very heart of our practice, just as it has been for generations of great masters and yogi-practitioners of the past. In addition to The Seven-Limb Practice, the series includes The Importance of Practicing Guru Puja and An Introduction to the Chanting Lineage of the Guru Puja.

Our multimedia titles combine all the Archive assets—audio, video, text and images—to offer you the richest possible experience of our Lamas’ precious teachings. We hope you enjoy exploring the entire collection of LYWA multimedia titles here.

From the Video Archive: Lama Yeshe on Universal Education

Watch this short interview of Lama Yeshe by Venerable Connie Miller conducted in 1983 in which Lama discusses his vision of Universal Education. In this interview Lama explains why we need to establish a more expansive approach to Buddhist education–one that is based in Buddhist concepts but goes beyond traditional Buddhist terminology and customs–in order to benefit all people from all walks of life and cultures.

Today, Lama Yeshe's vision for Universal Education is carried out in the FPMT through two international projects: The Foundation for Developing Compassion and Wisdom (FDCW) and Loving Kindness Peaceful Youth (LKPY).

Be sure to follow us on our YouTube channel to keep up with all the precious video of Lama Yeshe and Lama Zopa Rinpoche. 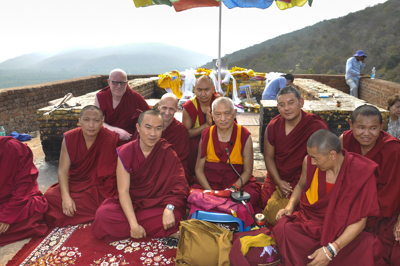 In this month's podcast, listen to Lama Zopa Rinpoche teach on emptiness and give a transmission of the Vajra Cutter Sutra to an intimate group of students on Vulture’s Peak in Rajgir, India. By listening you will feel like you are also present during this very special occasion. Rinpoche begins by reading out a Dedication Prayer by Mipham Dawa Rinpoche, then, after the sutra transmission, Rinpoche leads students in a meditation on emptiness. You can follow along with a lightly edited transcript here.

The LYWA podcast features incredible selections from the thousands of hours of audio recordings in our Archive of Lama Yeshe, Lama Zopa Rinpoche and now Tenzin Ösel Hita. All the podcasts provide links back to our website where you can listen to the podcast while reading along with a lightly edited transcript. You can download previous episodes and find out how to subscribe on our podcast page.

We have posted two discourses from Thought Transformation Teachings in Portland, given by Lama Zopa Rinpoche in May 2006. In the first teaching, Rinpoche begins by praising Lama Yeshe's qualities as a hidden meditator with the ability to inspire people from all walks of life. Rinpoche then continues with an extensive explanation of how to transform problems into happiness. An excerpt of Rinpoche's praise of Lama Yeshe's qualities is included as our eletter teaching below. 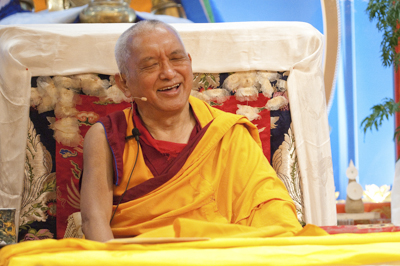 In the second teaching, Rinpoche discusses the need for inner professionalism, with a focus on cherishing others and developing a peaceful, happy mind.

As you know, we’re planning to publish Big Love: The Life and Teachings of Lama Yeshe this year. This major work tells in great detail the stories of Lama Yeshe, Lama Zopa Rinpoche and the FPMT. So we’d like to leave you with some of Rinpoche’s holy words about our great, incomparable guru, Lama Yeshe.

Thank you for your support and much love,

THIS MONTH'S TEACHING: THE QUALITIES OF LAMA YESHE 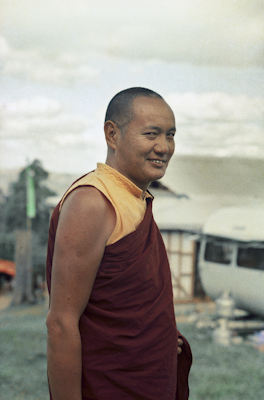 We started to do the one-month meditation course two times, with our master whose holy name is difficult to mention, Lama Yeshe, who was both a great scholar and a highly attained yogi. He was a great scholar and a highly attained yogi, a great meditator. He was not only someone who had some experience in good meditation or perfect meditation. Not just that, but he was somebody who had totally renounced the ego, the self-cherishing thought. Whose mind replaced that only with bodhicitta, the holy mind cherishing others, who doesn’t have any stains, whose mental continuum doesn’t have any stains of ego or self-cherishing thought. So a great bodhisattva, with attainments based on total renunciation or total detachment not only to this life, but total detachment from the whole entire samsara and the samsaric perfections, the samsaric pleasures, which are only in the nature of suffering, so all these. Total detachment, a free mind. A mind free from attachment. Total peace.

The Mahayana secret mantra, Vajrayana, has four classes of tantra. There are four divisions, four levels of tantra, and the highest level is Maha-anuttara Yoga Tantra. So who has great success with those attainments, who has achieved clear light in this life, on this body. This means that is the person who can achieve, who has the fortune, who can achieve full enlightenment, the state of the fully awakened mind, the state having ceased all the mistakes of mind, gross and subtle defilements, and can complete all the qualities, all the realizations, full enlightenment. I’m talking about ordinary view, not the reality of the person but in the ordinary view like that.

When Lama Yeshe, our spiritual master, was giving talks in the West, in the cities, within one hour and a half, of course it’s like fuel for the car or for the light. Of course, there’s the depth, the clear, extensive understanding of Buddhadharma or philosophy, but when Lama taught or gave a talk in the cities to many people, he didn’t follow the particular outline of a text or something. He gave a talk in bits and pieces. Among the audience there were scholars and there were also some young people, old people, various people, who had different problems. There were all sorts of people who had different problems, so Lama taught and gave advice in bits and pieces, here and there.

After one-and-a-half hours, whether there were one hundred people or one thousand people there, everyone got something. Within that short time, everyone got something for their life, in their heart. When they went back home, it’s almost as if their feet didn’t touch the ground. They were so happy, so happy, that their feet were almost not touching the ground, kind of like that. They were extremely happy, and fully inspired. Instead of feeling, “I’m hopeless. My life is meaningless, hopeless,” which they normally felt. After the talk, they felt so inspired and their mind, their heart, was full of hope, seeing the meaning of life. Like that, filled with happiness, peace.

The people realized that, just by seeing Lama. Of course, it doesn’t mean every Tibetan monk is like that. Of course it doesn’t mean that. But people got the idea of what a Tibetan lama is by seeing Lama Yeshe. Great wisdom. Somebody who has great, profound wisdom, and along with that, who is full of compassion, warm-hearted, the whole body filled with compassion. That is how the people who came there to listen to the talk, this is how they saw what a Tibetan lama is. Many hadn’t seen a Tibetan lama before, they had never met one. It was many years ago that Lama and myself started traveling to various countries in the West, so I’m talking about those days, I’m talking about many years ago. The nineteen-what? Sixties? No, what?

Rinpoche: 1960s or 1970s, in those times. Anyway, people got very inspired and really opened their heart. Their very closed mind opened, to learn meditation, to learn the Buddha’s teachings, the philosophy, to learn that. To learn about the path revealed by the Buddha, to learn about it.

Anyway, this is talking about Lama, this side talk happened. What I was going to mention is that, when we did the big one-month meditation course at Kopan, at the beginning, for three days at the beginning people didn’t understand my language. That’s what I was going to say. For three days they could not understand what I was talking about. They were very patient. Of course, there were other Sangha to guide meditations. They could understand that. But I was there like a bird making noise. Like a bird sitting on the throne and making noise. Like chick, chick, chick, like this. [Laughter] So anyway, usually they found it difficult to understand for a few days at the beginning, maybe even for weeks, some of them.

Lama Zopa Rinpoche at Maitripa College, Portland, Oregon, USA, from 5-7 May, 2006. You can find this teaching here.