The essence of this book is a weekend seminar on death, intermediate state and rebirth. The topic is particularly poignant as this was the last teaching Lama gave in the West; he passed away some five months later. But here he was his usual boisterous, punchy, direct, funny, loving and compassionate self, treating death in his incomparable light yet serious way.

These teachings are also available on DVD. You can watch video excerpts in Chapter Two, Chapter Four and Chapter Six, or go to our YouTube channel. 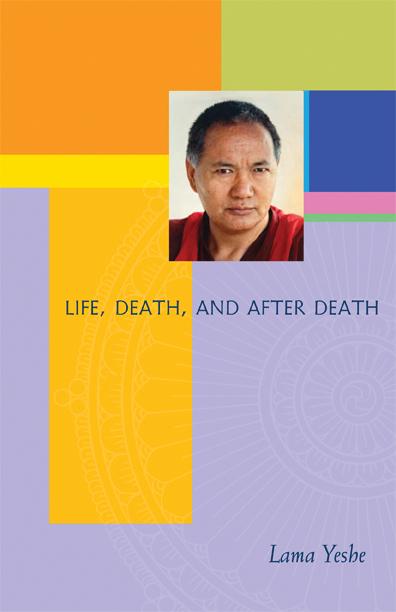 For Lama Yeshe, 1983 was a typically busy year of travel and teaching. Tragically, it was also his last. Italy, Spain, Italy again, India, America, France, Sweden, back to Italy, Switzerland, and finally, India and Nepal. The teachings in this book were Lama’s last in the West; poignantly, a weekend seminar on death in Geneva. For years, Lama had been telling us he would die soon, but he didn’t, and his seemingly boundless energy and joie de vivre in the face of his serious heart disease and the unthinkability of his no longer being around lulled most of us into a state of denial. So when he would say things like his final words at this seminar, “you can write me; I’m not going to disappear immediately,” those were the statements we liked to rely on. Well, five months later Lama gave us his most direct teaching on impermanence when he did disappear once and for all. But at least he lives on in his books, audio and video, and we at the LYWA are doing our best to preserve Lama’s wisdom and make it available to all.

The organizers of the Geneva seminar videoed the event and we have issued this footage on a DVD also entitled Life, Death and After Death. And as we had a video of Lama teaching on transference of consciousness at the time of death in London the previous year, we have included that in this book and on the DVD as well. Lama Zopa Rinpoche gave a general talk during the Geneva seminar; we open the book with that.

Hence this book has three parts: Rinpoche’s introductory lecture, Lama’s teaching on the death process, and Lama’s 1982 talk on transference of consciousness.

I would like to thank Wendy Cook and Jennifer Barlow for their kind editorial suggestions. We hope you enjoy this free book and will also get the DVD to derive even more benefit from these teachings.