Buddha Statue on the Ground

Buddha Statue on the Ground

A new center had placed a statue of the Buddha outdoors on the ground. Rinpoche saw photos of the opening of the center and wanted to pass this message on to the center director. 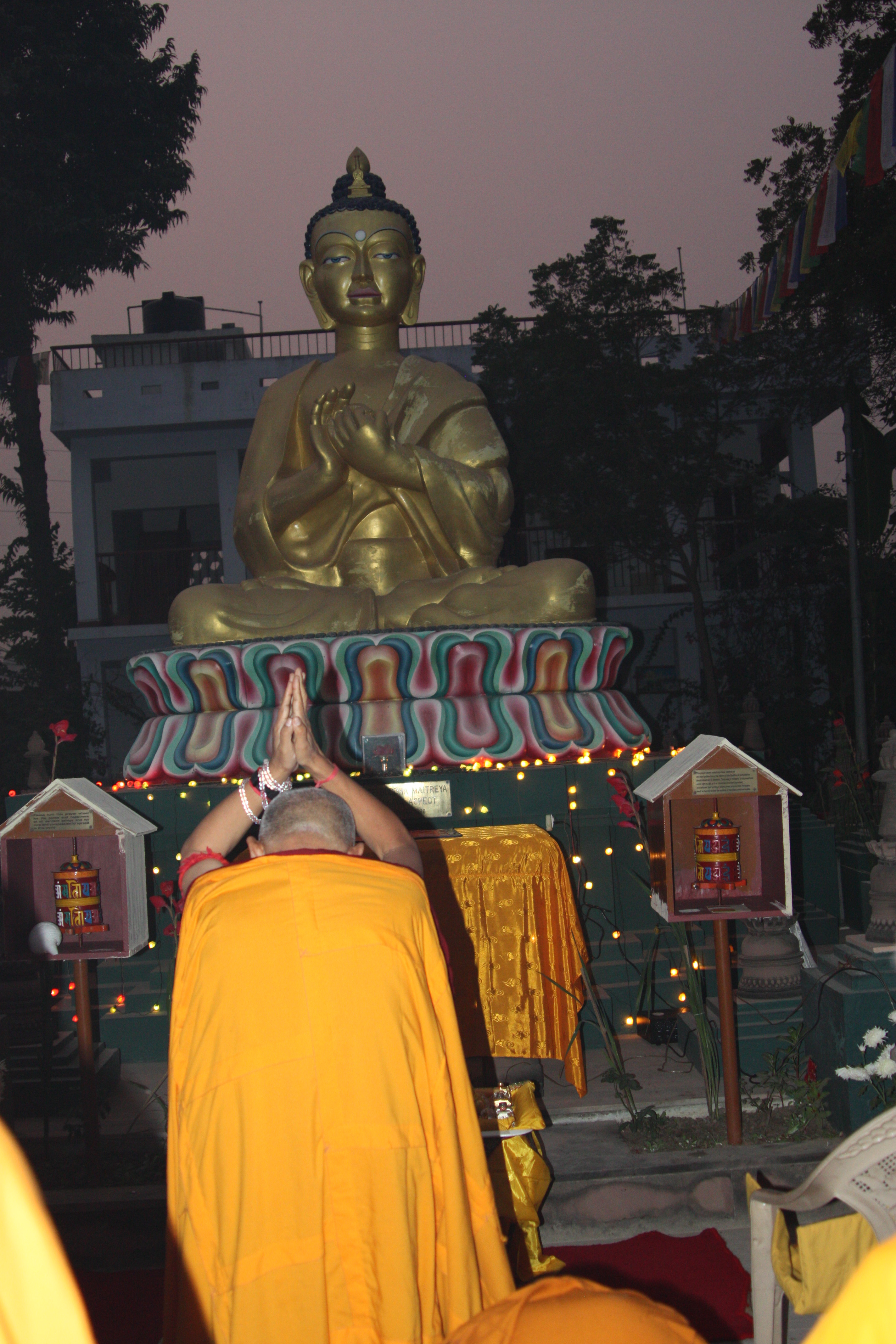 Firstly, congratulations on the new center.

Then I wanted to say that I saw a Japanese buddha that was outside on the ground or close to the ground. It needs a throne, a much higher throne, also it needs a begging bowl filled up with fruits. The fruit can be plastic or ceramic. This is very important, then you also need to paint the robes and open the eyes properly, and the buddha also needs a gold ushnisha [the crown protrusion of a buddha].

Khadro-la, who is the same as Tara, came from Tibet to protect His Holiness the Dalai Lama’s life and to fulfill His Holiness the Dalai Lama’s wishes. One time she was at Lama Tzong Khapa Institute in Italy and they had put a buddha statue on the ground outside. Khadro-la thought even this center doesn’t know about karma, even basic Buddhism, and she cried and cried and cried because the buddha was on the ground.

Later, the next time she came to the center, the director told her they had just put the buddha statue on the ground temporally as they were moving things, but still you can’t do that.

The director of one center had a Japanese-style buddha statue and they had it outside, very low, without a throne. What happened is that some local Muslim neighbors came and put something under the buddha statue to make it higher. Even though they didn’t know about karma, they understood that the statue needed to be up higher and respected more; even though they didn’t know lamrim and basic Buddhist subjects, but still they knew this.

So please put the statue on a throne, higher, and paint the robes, open the eyes and put a gold ushnisha on the crown. This is very important.