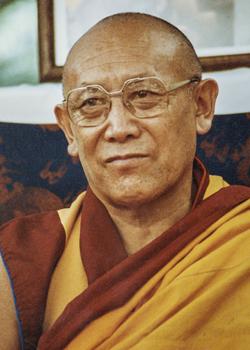 Geshe Ngawang Dhargyey (1921–1995) was born in the Trehor district of Kham in eastern Tibet and studied at the local Dhargye Monastery until he was eighteen, when he went to Sera Monastery, in Lhasa. He went into exile in 1959 and in 1971 was appointed chief Dharma teacher at the Library of Tibetan Works and Archives. He remained there until he moved to New Zealand in 1985, where he passed away ten years later. Read a more detailed biography here.