In Praise of Dependent Origination 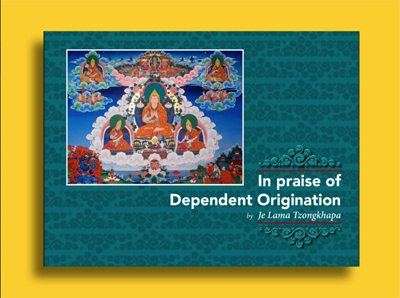 This praise to the Buddha was composed by Lama Tsongkhapa after he attained the realization of emptiness. Translated by Geshe Thupten Jinpa. The text is freely available as a PDF produced by Piero Sirianni, for viewing on your mobile device or computer. 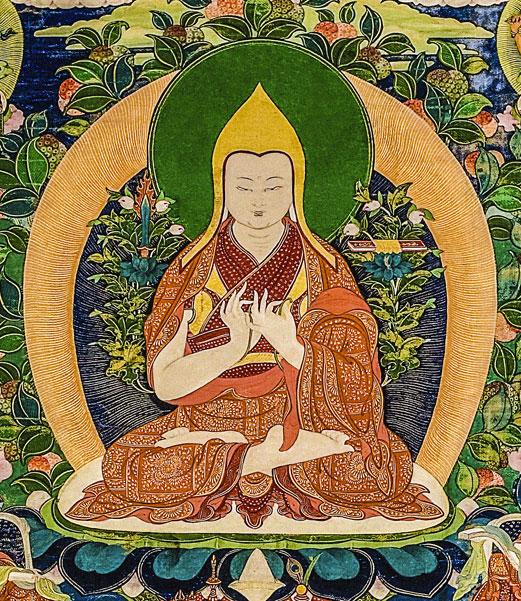 In Praise of Dependent Origination (also known as Dependent Arising: A Praise to the Buddha) was composed by Lama Tsongkhapa, the great scholar and yogi who founded the Gelug tradition of Tibetan Buddhism and revitalized many sutra and tantra lineages and the monastic tradition in Tibet.

Lama Zopa Rinpoche gave teachings and an oral transmission of this text in Sydney, Australia, in 1993. You can listen the audio and read along with the unedited transcripts published on our website.

Rinpoche also refers to the praise in a teaching on emptiness given at Kopan Monastery, Nepal, in 1991, and now available from LYWA as an ebook, Cherishing Others: The Heart of Dharma. In this teaching Rinpoche says:

"This is what Lama Tsongkhapa praised. He composed a text, a praise to Guru Shakyamuni Buddha for having taught dependent arising [In Praise of Dependent Arising.] With his own experience, having realized dependent arising, Guru Shakyamuni Buddha then revealed this to sentient beings. What he himself experienced, he also taught sentient beings. That is the very essential guidance by the Buddha. Only this way, by the Buddha explaining dependent arising and then sentient beings listening, reflecting and meditating on it, only in this way can they realize the unmistaken, the reality, the ultimate nature of things, of the I, the self and so forth. Only this way are sentient beings able to escape, to be liberated from the whole, entire suffering and its causes."

In Praise of Dependent Origination