The Messages on Rinpoche’s Car

Lama Zopa Rinpoche explained the benefits of having positive messages, mantras and Namgyälma protection on his car at the 50th Kopan Course held at Kopan Monastery, Nepal, in 2017. This teaching is excerpted from Lecture Six of the course. Lightly edited by Gordon McDougall. 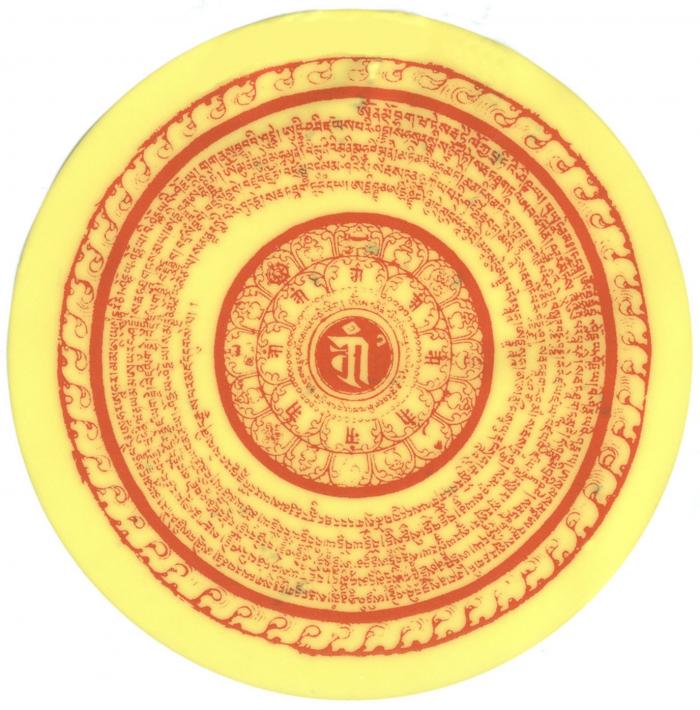 We have two cars at the Aptos house in America that have messages on the back. I wrote the message: “No anger, no enemy.” At airports or restaurants some people copy it. They learn from the car. It is a very important message, so important now, especially now you look at the world, it looks like boiling hot water. Because so many hundreds of thousands of people get killed, die or suffer, that message is very important. You don’t need to fight [any external enemy]; you fight your enemy inside, the one enemy, anger. Kill that and there is no outside enemy. By having patience you can’t find an outside enemy.

The message I have at the front of the car might be harder for some people to understand; anger might be easier. It says: “Less desire means more happiness.” That is at the front car at the bottom. At the top there are many mantras, which are supposed to purify or bless any insects that hit the car.

Of course, it has Namgyälma protection for the many insects and ants that get killed by being hit or run over by the car. The car has become holy by having the protection of the Namgyälma mantras, which are extremely powerful purification. Stuck on the car, however many insects get killed are all purified and don’t get reborn in the lower realms. Due to negative karma they would certainly be reborn in the lower realms, but because the Namgyälma mantra is stuck on the car they don’t get a lower rebirth and they get a higher rebirth. There are many mantras on the car for people to see, like OM MANI PADME HUM and other mantras. By seeing them people purify the negative karma of killing their father and mother or an arhat, causing blood to flow from a buddha, or causing disunity among the Sangha. All those are purified by seeing the mantras and it plants the seed of enlightenment.

It is said in Liberation in the Palm of Your Hand that [when they are faced with their own death] the suras have mental suffering thirteen times greater than hell beings. Hell beings have unbelievable physical suffering but suras have thirteen or fourteen times more mental suffering than them. The suras have unbelievable sense pleasures. The most developed country in our world is very primitive compared to theirs. Even what we think of as so rich is very primitive in comparison.

I heard that in President Trump’s house in America everything is gold. The water taps and everything are gold. It is a huge house he gave to his son or something, huge, beautiful, but that is nothing, that is like a beggar’s hovel compared to the sura’s world. But mentally they have more suffering, just as in the human realm millionaires, billionaires, zillionaires have great dissatisfaction, great suffering. They have much more mental worry than a beggar outside begging for food every day. This psychology was not made up by somebody, not figured out by somebody; it is experience. “Less desire means more happiness” is according to practitioners’ experience, not made up by some psychologist. Sorry. Not like that. It is the experience of Dharma practitioners who renounced attachment to this life. That is the first thing they experience.

So, I didn’t finish.

When we drive around in the car with messages like His Holiness’ “Kindness to others is my religion,” I don’t know, maybe some people, maybe some missionaries, don’t like it because it mentions His Holiness’ name. Sometimes they do like this. [Rinpoche gives a thumbs down gesture] Is it bad upside down like that? And then some cars circumambulate our car like this. [Rinpoche indicates with his hand circumambulating] They might be students; they go like this, circumambulating us while we are driving.