Lama Yeshe answers questions about marriage and relationships. Collated by Nicholas Ribush from talks in various locations from 1975 to 1981. An excerpt was published in Mandala magazine, August 2004. This teaching is now published in the LYWA book Knowledge-Wisdom: The Peaceful Path the Liberation. 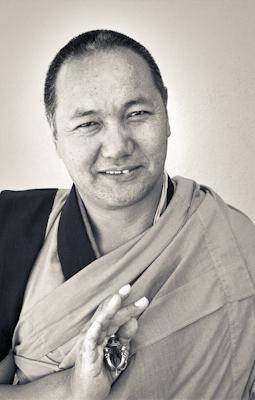 These days, one of the main reasons that a man and a woman become friends is sexual. They get together for sexual pleasure. In earlier times, marriage had a divine quality—a couple came together out of respect, with the aim of creating a kind of totality. That gave meaning to getting married, and marriages made with that purpose became good ones.

Many of today’s marriages become disastrous because they lack purpose; there’s no worthwhile goal for coming together. A couple should not come together out of grasping at each other; there should be more meaning to it than that. But our craving desire and lack of wisdom work together to create an extreme situation that finishes up causing conflict: the woman agitates her man; the man agitates his woman—in either case, it ends in “goodbye.”

These days, I travel the entire world and many young people come to see me to discuss their relationship problems, but they all boil down to people’s coming together out of the wrong motivation. Whether you’re a man or a woman, it’s important that there’s not too much grasping in your relationship, that you don’t agitate your partner. Extreme grasping at sexual pleasure is a problem; sexual pleasure is an irritant. You can see.

However, many couples aren’t together for the sex. Their relationship is deeper than that, so their attitude is different. They are very comfortable, free, somehow, with no tremendous expectations of each other. Therefore, they have a good relationship. I’m sure you’ve seen examples of such couples, where there’s not much grasping.

In my limited experience of the Western world, many Christians, who believe in God, have very respectful marriages. They believe in something deeper than themselves and are not living for sense pleasure alone. I would say that such couples have been blessed by God or Jesus.

Of course, many people these days believe that Coca-Cola is better than God. “What’s the point of religion?” they ask. “Coca-Cola is more refreshing than God or the Bible.” This is their problem. What to do? I’m joking!

Thousands of people the world over get married every day out of craving for sexual pleasure. Others get married principally for reputation: “He’s world famous; he’s great.” Still others marry for wealth or power. Those are all wrong motivations for marriage. The purpose of marriage should be to avoid extremes and gain balance in your life. However, it often turns out the complete opposite.

These days, perhaps as many people get divorced as get married. Don’t think divorce is easy. Psychologically, divorce can be hell. It’s not as simple as “OK, bye-bye,” and it’s over. It’s not like that. First there’s a huge build-up of psychological pressure and when it releases it’s like falling into hell. So, sentient beings are suffering like this.

We criticize modern society for such ills, but it’s not society’s fault. There’s nothing wrong with society—it’s our mental attitude that’s mistaken. We create all kinds of fantasies, grasp at sense pleasure and everything finishes in disaster.
Buddhism explains that we circle from one life to another because of craving desire and that we can put an end to cyclic existence, to rebirth in samsara, by abandoning desire. Craving is what makes the wheel of life go round and it’s our own clinging that binds us to it; nobody else makes us cycle from one suffering life to another.

The twentieth century example of this is those ladies and gentlemen who get married, experience problems, grasp at another person, then at another, and another . . . maybe they cycle through four or five marriages in a single lifetime. Some people have hundreds of lovers in their life. Why can’t they stop? Why do they keep on grasping? There’s nobody driving them to do this; they drive themselves. They hang on continuously; non-stop. Desire is fickle in nature. Freud tried to explain sex as the basis of most human problems. Buddhism disagrees. The main human problem lies much deeper than that.

FROM AN INTERVIEW WITH A CATHOLIC THEOLOGIAN, KOPAN MONASTERY, 1977

Q. Lama, is it possible to teach married people on the spiritual path some form of modified tantric practice to help deepen their spiritual and sexual relationship?

Lama. Yes, it’s possible. But as the texts explain, you have to approach these things gradually. Still, if married people study properly, they can learn the great significance of tantric practice, have a good relationship and, in a simple way, experience some kind of unity.

However, I can’t be specific about this because it depends greatly on the level of development of the individuals involved. It’s similar with people who want to be celibate: just because you’re intellectually ready for a certain type of practice, the scientific reality—what Buddhists call the interdependent origination of it—may be against it; the physical nervous system, which comes from the mind, may not be ready. In such cases, the nervous system can crack under the strain.

Therefore, whatever practice you’re trying to achieve, you need to go slowly, slowly and develop yourself organically. It’s not something that depends only on ideas. If you take it gradually, any practice can become easy. You should not push or squeeze yourself. If you pump yourself too hard, you run out of space, freak out and go crazy.

Q. Some people take teachings and then decide to live in the world and practice Dharma without becoming a monk or nun. Is it easy to integrate worldly responsibilities with spiritual practice?

Lama. That, too, depends on the individual. For some people it’s a beautiful experience. They get married, the marriage is good, they try to help and share with each other. I think that’s beautiful; such couples are also a good example to others.

Many of my married students were experiencing unbelievable suffering and conflict when I met them. All I could do was try to help them be happy and have as good a relationship as possible. But sometimes circumstances are against it. Basically, both people are unhappy; they have much conflict and many problems within their marriage. I think this is common. It’s not just confined to my students. Many Western people experience this. I think the grasping, sexual relationship is one of the greatest problems Western people face, whether they are religious practitioners or not.

However, some people understand each other and try to live with loving kindness, but that’s really up to the individual. Some people can lead a beautiful married life; others can’t. It really depends on the individual’s needs at the time.

Q. Lama, many people have problems with their marriage. Do you have anything to say about this?

Lama. Do I have anything to say? Yes! They don’t understand each other. They lack good communication. That creates many problems. Many people, especially young ones, marry for very superficial reasons: “I like him, let’s get married; I like her, let’s get married.” There’s not much thought given to how they’re going to spend their life together or much analysis of each other’s personality. People are too influenced by external appearance. True beauty lies within. People’s faces and behavior are constantly changing; you can’t rely on them.

Because we lack the knowledge-wisdom to understand each other’s inner, human qualities, we easily disrespect our partner. When things don’t work out as planned, when our partner no longer appears attractive, our marriage fails. That’s because it was built one hundred percent on ego; it was totally an ego-based relationship. No wonder it didn’t work.

A marriage built on mutual understanding, good communication and sincere efforts to help each other has a much better chance of lasting. Mental communication is much better than physical. That is very important. Superficial relationships, those based on mainly external factors, never last.

Let’s say a couple buys a new piece of furniture. The husband says, “Put it here,” the wife says, “No, put it there,” and a huge fight ensues. Here, there, what difference does it make? It’s foolish and narrow-minded, but that’s how things go.

Q. Lama, what do you think about marriage?

Lama. Marriage is good. Because of marriage, you and I exist on earth. Without marriage most of us wouldn’t exist. I have some Christian friends I like and respect very much. Many Christian couples have a good relationship because they keep the love of God in their heart. I’ve also heard that they have the attitude that sex is for reproduction, not for pleasure. I think that’s a very good idea.

Q. What about contraception?

Lama. I’m not going to talk about the Buddhist point of view; I’m going to talk about this monk’s point of view. I have to be careful. However, my observation of the Western world is that contraception is a very good thing because many young people are not ready to have children and if they do, instead of growing, they go crazy. I have students like this. They are young, super-intelligent and well educated, but as soon as they have babies they become unbelievably miserable. I’ve seen intelligent, worldly-wise girls suddenly become terrible, with no capability, no happiness, and no love for their man; they hate everything. It’s incredible. If those girls hadn’t had babies, over time, they could have become incredibly spiritually developed.

Parenthood brings with it many societal obligations; having a baby is a big responsibility. So, for those who cannot control their desire for sexual pleasure, contraception is essential. Also, if you can prevent an unwanted pregnancy from occurring, you eliminate the possibility of having to consider killing the fetus by abortion. Buddhism explains that for a sentient being to come from the intermediate state into a human rebirth the mother’s womb should be healthy and unobstructed. In other words, the conditions should be perfect. If you interrupt the conditions through contraception, it’s OK. It’s certainly better than madness. This is my own observation; I hope it doesn’t upset anybody.

Q. Well, Lama, what about abortion?

Lama. For Buddhists, abortion is difficult. It’s a question of morality, or ethics. But still, it’s a relative question. Let’s say that you don’t have an abortion and that the next twenty years of your life are miserable. And even more misery comes from that. Yet you think nothing of killing fish and small animals. Relatively, which is worse? Good and bad are relative; good karma and bad karma are relative. I’m not making any statement here; it’s just something for you to think about.

Family and Relationships > Marriage and Divorce