Kyabje Lama Zopa Rinpoche taught on impermanence at the Eighth Kopan Course held at Kopan Monastery, Nepal, in 1975. This teaching is an edited excerpt from Lecture 19 of the course. 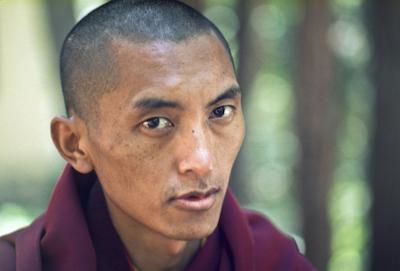 The founder of this present Buddhadharma, Guru Shakyamuni Buddha, said in the precious sutra teaching, the King of Concentration,

All these three worlds are impermanent, they do not last and even in a single second they change. They decay in each second, because they are impermanent, just like autumn clouds. The sutra says “autumn” because in autumn time there are more clouds and generally these clouds are very quick to change. In just one second or one minute the clouds are there, then after one second or one minute they are not there. They change into another shape or they disappear. The clouds change so fast, even in a split second. So the three samsaric worlds are like the autumn clouds. “Look at the dance of the sentient beings, their death and rebirth are the same as this.” Guru Shakyamuni Buddha is saying that all the three worlds are impermanent, because they are like clouds. He is saying look at the dance of all the sentient beings, the circle of the death and rebirth. Nothing lasts, sentient beings die then they are again reborn, again they die and again they are reborn, every second like this. That’s how the three worlds quickly decay and change, like clouds. 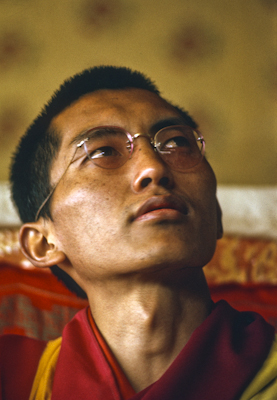 The sutra says, “The sentient beings’ life finishes so quickly, like lightning in the sky.” Lightning in the sky is there for just one second, but after that second, it doesn’t exist. It is there just for a short time, just for one second, but in the next second, it doesn’t exist. Normally, we believe we are going to live for a long time and we think, “I’m not going to die soon.” It doesn’t matter how much we believe this, the nature of our life is that it finishes and we quickly reach death, just as lightning finishes so quickly, in such short period. The length of our life is so short, like the length of time of lightning in the sky. Our life is very, very short.

What Guru Shakyamuni Buddha said is true. Since we were born until now, all the past things—our past history, our past life stories, everything that we did, everywhere we stayed, no matter how long our story was, no matter how much we did since we were born until now—the whole thing finishes quickly just like last night’s dream. Everything we did from the time we were born until now is quickly finished in such a short time, just like lightning of the sky—whether we suffered, whether we enjoyed pleasure, no matter how much we did. If we check up on our own experience like this, it is very true, it is exactly the same, it is absolutely true. There’s no exaggeration in what Guru Shakyamuni Buddha said in his teaching. It is exactly the same, according to the nature of our life. We received this perfect human rebirth, but it does not last and we have it just for a second.

For instance, a person can’t see anything when it is completely dark at nighttime, even if he’s reaches a place where there are jewels or diamonds that he can pick up. He can’t see at night when it is completely dark. The person wants to steal jewels at night when it’s completely dark, because he can’t steal them during the day. So, he thinks if he is careful, he can try to see the jewels and try to get them while there’s lightning. If he’s not careful, if he doesn’t try to pick up these diamonds or precious jewels, then after the lightning is finished, he can’t find them. He can’t recognize the jewels even if he’s close to them, because he can’t see them in the dark. 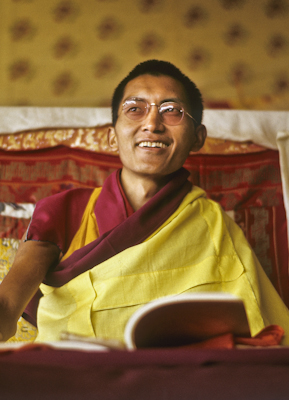 We are listening to the Mahayana teaching which leads to enlightenment. It is well expounded by the great philosophers Nagarjuna and Asanga. This profound teaching is the essence of the infinite knowledge of the great pandit Atisha and the great Dharma King, Lama Tsongkhapa. It contains all the 84,000 teachings from Guru Shakyamuni Buddha. All these teachings are set up for the gradual practice of one person achieving enlightenment. This is how all the past, present and future buddhas have received enlightenment.

E-letter No. 98: July 2011
Commentary on the Everflowing Nectar of Bodhicitta
The Three Poisonous Minds
Finding a Spiritual Guide
Sentient Beings are Like Wish-fulfilling Jewels
Kopan Course No. 08 (1975)