Thank you as ever for your kind support of our humble efforts to preserve and spread the Dharma for the benefit of all sentient beings.

Lama Yeshe Wisdom Archive and Kurukulla Center
As many of you know, the LYWA is affiliated with the FPMT, the international Buddhist organization founded by Lama Yeshe and Lama Zopa Rinpoche, its current spiritual head. The FPMT has over 150 centers and related activities around the world. One of those is Kurukulla Center for Tibetan Buddhist Studies, here in Boston. 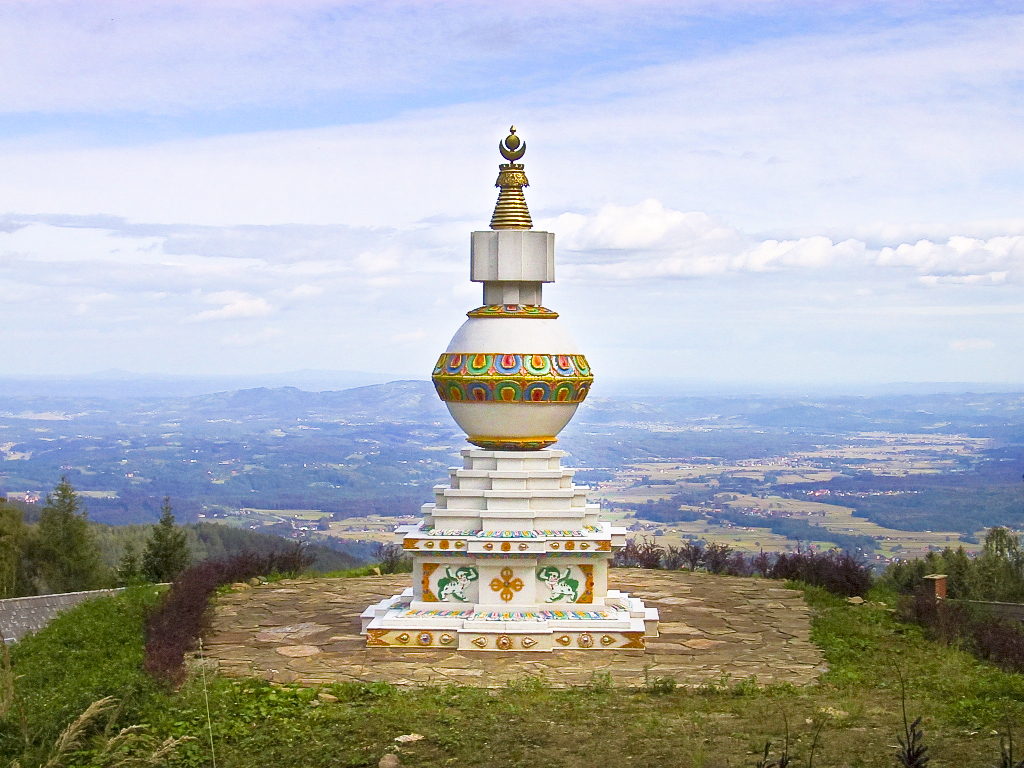 Last September Lama Zopa Rinpoche asked me to take over as director of Kurukulla Center while remaining as director of the Archive. So since then I've been wearing two hats, both of which keep my shiny bald head warm. Of course, LYWA and KKC have always been closely connected: at Rinpoche's request I established Kurukulla Center just after I came to Boston with Wisdom Publications (the third FPMT activity in Boston) in 1989 and we store all our LYWA books over at the Center. Also, my wife, Wendy, was director of Kurukulla for the six years before I took over and Jennifer Barlow, LYWA's Operations and IT Manager, was director for two years in the late 90s.

One of the projects I'm trying to accomplish at Kurukulla for Rinpoche, our resident teacher Geshe Tsulga and all sentient beings is the building of a Kalachakra World Peace Stupa. Pictured here is the Kalachakra Stupa in Austria, which serves as a model for the stupa we are to build here in Boston. Last fall we put in the foundation for the stupa at Kurukulla Center and now we have to build the rest. 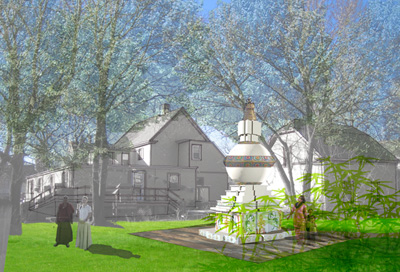 There are very few Kalachakra stupas in this style outside of Tibet. One is in HH the Dalai Lama's private residence in Dharamsala; a couple of replicas of that are in Ganden Monastery, south India, and (as mentioned above) in Austria. Boston's Kalachakra Stupa will be only the second such stupa in the West and the first in the USA.

Pictured here is an artist's impression of the Kurukulla Kalachakra Stupa. For more information about the project and stupas in general, visit the Kurukulla Center web site.

The budget for building the stupa at Kurukulla Center is about $80,000. Just over $40,000 has been raised and received, of which $20,000 was donated by Lama Zopa Rinpoche and the rest matched by two of his devoted students. Another $15,000 has also been offered as a matching grant, so every dollar raised will be automatically doubled.

You can make your donation by credit card on the Kurukulla website or by sending a check; information about both can be found here.

We don't often get the chance to participate in the building of a stupa, the benefits of which are inconceivable. I'd be very grateful if you would help me accomplish this wonderful project.