Published as the foreword to Death, Intermediate State and Rebirth by Lati Rinpoche and Jeffrey Hopkins. Reproduced with the permission of Snow Lion Publications, Ithaca, New York. 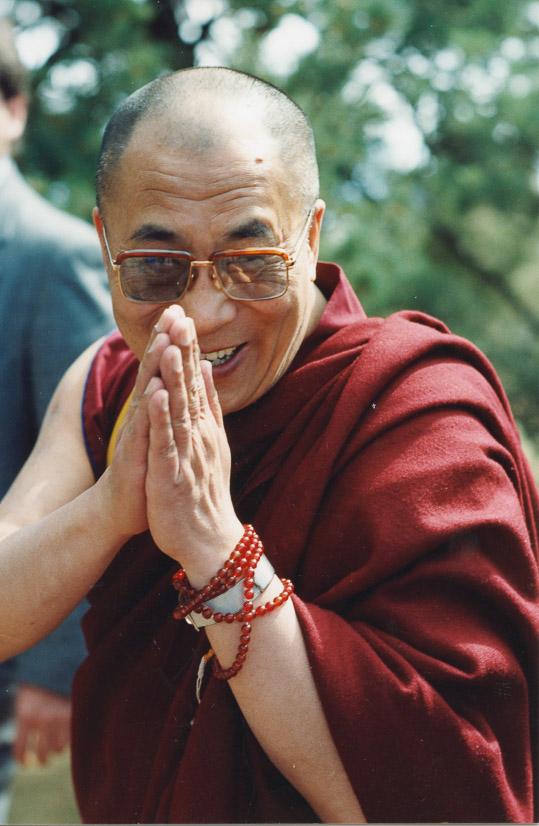 Through the afflictions of desire, hatred and ignorance, contaminated karma (actions) are performed, which establish potencies in the mind in the form of predispositions. When a lifetime finishes, a person who has such predispositions is born again in cyclic existence with a mind and body appropriated through these contaminated causes.

Some persons die upon the full exhaustion of the impetus of that action which, in another lifetime, laid the foundation for this one. Others die without having used up their allotted time, through the incompletion of the causes of sustaining life, such as lack or necessities. This is called untimely death, or death upon the consumption of merit; for the impetus of the action that established this life remains, but external concordant circumstances that are achieved through other meritorious actions in previous lives do not.

A person dies within a virtuous, non-virtuous or neutral mind. In the first case, the dying person might take to mind a virtuous object—such as the Three Jewels (Buddha, his Doctrine and the Spiritual Community) or his own lama, thereby generating a mind of faith. Or he or she might cultivate immeasurable equanimity, becoming free from desire and hatred toward any sentient beings, or meditate on emptiness or cultivate compassion. This can be done either through one's own remembering to do such or through others' urging. If such attitudes are cultivated at the point of death, one dies within a virtuous mind, through which one's rebirth is improved. It is good to die in this way.

Sometimes, however, it happens that others, even though not purposely seeking to arouse anger, annoy the dying person with their nervousness, thereby making him or her angry. Sometimes, also, friends and relatives gather around the bed lamenting in such a manner that they arouse manifest desire. Whether it be desire or hatred, if one dies within a sinful attitude to which one is well accustomed, it is very dangerous.

Some die within a neutral attitude, neither taking a virtuous object to mind nor generating desire or hatred.

These three attitudes—virtuous, non-virtuous and neutral—occur until the point of the subtle mind of death. According to the sutra system, this final subtle mind necessarily neutral; for, unlike Highest Yoga Tantra, sutra does not describe techniques for transforming subtle minds into virtuous states, only for treating coarse ones. A qualified practitioner of tantra, however, can convert the subtle minds associated with death into a virtuous path consciousness. At that point one's practice is very profound.

In any case, the attitude just before death is very important; for, if even a moderately developed practitioner is disturbed at that time, manifest desire or hatred will be generated. This is because we all have predispositions established by former non-virtuous actions, which are ready to be activated upon meeting with disadvantageous circumstances. It is these predispositions that provide the impetus for lifetimes as animals, and so forth. Similarly, we have predispositions established by former virtuous actions, which, upon meeting with advantageous circumstances, will provide the impetus for lifetimes in happy migrations as humans and so forth.

These capacities that are already in our mental continuums are nourished by attachment and grasping, leading to a bad or good rebirth. Thus, if the predisposition left by a bad karma is activated, a life as an animal, hungry ghost or hell-being will result.

Similarly, if a person who usually behaves sinfully dies within a virtuous attitude, he or she will probably be reborn in a good situation. Therefore, it is very important for both the dying person and those around him or her to avoid creating situations of desire or hatred and instead to foster virtuous states of mind. We need to know this.

Those who die within a virtuous attitude have a sense of passing from darkness into light, are free of anxiety and see pleasant appearances. There are many cases of very ill persons who, near the time of death, speak of being in great comfort despite their illness. Others with little illness fall into great fright, with labored breathing. These latter are sunk in non-virtuous thoughts, have a sense of going from light to darkness and see unpleasant forms.

Some whose physical warmth has diminished through illness become desirous of heat, thereby fortifying predispositions for rebirth as a being in a hot hell, whereupon they take rebirth in a place of extreme heat. Others become attached to a feeling of coolness wishing, for instance, for a drink water, they fortify predispositions to be reborn as a being in a cold hell, thereby making the connection to such a rebirth. Thus it is very important to avoid desirous thoughts at the time of death and direct the mind to salutary objects.

In everyday life, attitudes of desire, hatred, jealousy and so forth, to which we are well accustomed, become manifest with only slight provocation; but those with which we have little familiarity take considerable provocation, such as recourse to reasoning, to manifest themselves. Similarly, at the time of death, attitudes of long familiarity usually take precedence and direct the rebirth. For this same reason, strong attachment is generated for the self, since one fears that one's self is becoming non-existent. This attachment serves as the connecting link to the intermediate state between lives (bardo); the liking of a body, in turn, acts as a cause establishing the body of the intermediate being.

For those strongly involved in non-virtuous actions, the warmth of the body withdraws first from the upper part of the body and then from other parts; whereas, for those strongly involved in virtuous actions, the warmth first withdraws from the feet. In both cases, the warmth finally gathers at the heart, from which the consciousness exits. Those particles of matter, of combined semen and blood, into which the consciousness initially entered in the mother's womb at the beginning of the life, become the center of the heart; and from that very same point the consciousness ultimately departs at death.

Immediately thereupon, the intermediate state begins—except for those reborn in the formless realms of infinite space, infinite consciousness, "nothingness" or peak of cyclic existence, for whom the new life begins immediately upon death. Those born within the realms of desire and form must pass through an intermediate state, during which a being has the form of the person as whom he or she is to be reborn. The intermediate being has all five senses, but also clairvoyance, unobstructiveness and an ability to arrive immediately wherever he or she wants. He or she sees other intermediate beings of his or her own type— hell-being, hungry ghost, animal, human, demigod or god—and can be seen by clairvoyants.

If a place of birth appropriate to one's predispositions is not found, a small death occurs after seven days, and one is reborn into another intermediate state. This can occur at most six times, with the result that the longest period spent in the intermediate state is forty-nine days.

This means that those beings who, even a year after dying, report that they have not found a birthplace are not in the intermediate state but have taken birth as a spirit.

If taking rebirth as a human, one sees one's future mother and father as if lying together. If one is to be reborn as a male, this sight generates desire for the mother as well as hatred for the father—and vice versa if one is to be reborn as a female. Being desirous, one rushes there to engage in copulation; but upon arrival, one sees only the sexual organ of the desired partner. This creates anger, which causes cessation of the intermediate state and makes the connection to the new life. One has entered the mother's womb and begun a human life. When the father's semen and mother's blood are conjoined with this life or consciousness, they naturally and gradually develop into the elements of a human.

One is desirously attracted to one's future birthplace, even if it is to be a hell. For instance, a butcher might see sheep in the distance as in a dream; upon his rushing there to kill them, the appearance would fade, causing him to become angry, whereupon the intermediate state would cease and his new life in hell begin. Also, as said before, those to be reborn in hot hells are attracted to heat; in cold hells, to coolness. The intermediate state of one who is to be reborn in a bad migration is itself very frightful; in the end, one rushes to the place of rebirth and, when one's wish is not achieved, gets angry, whereupon the intermediate state ceases and the new life begins.

The connection to a life is, therefore, made under the influence of desire, hatred and ignorance. Until these afflictions are overcome, one is as if bound in chains without freedom. Indeed, there are good and bad rebirths; but, while one is still bound, one must bear the burden of mental and physical aggregates that are under the influence of contaminated actions and afflictions. This is not done just once, but again and again without break.

To overcome the sufferings of birth, aging, sickness and death, desire, hatred and confusion must be overcome. Their root, in turn, is ignorance—the conception of an inherent existence of persons and other phenomena. External medicines alleviate superficial suffering but cannot cure the central problem. Internal practices—such as resorting to specific antidotes to desire and hatred—are more helpful, but their effects are temporary however, if one can destroy ignorance—their root—then all of these cease of their accord.

If ignorance is eliminated, then the contaminated actions that depend on it are stopped.

Furthermore, without ignorance, the attachment and predispositions established by previous actions cease to operate, whereupon the cycle of uncontrolled rebirth is ended.