The Benefits of Vajrasattva Practice 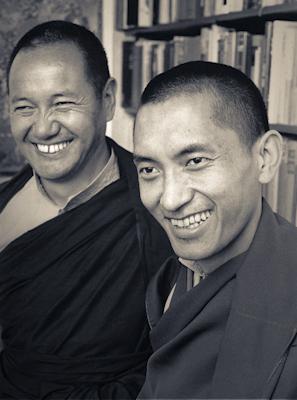 If you want others to love you, you must first love others. If you benefit others, naturally they will benefit you. The cause and effect of karma is as simple as this. The Vajrasattva purification practice, which is more powerful than negative karma, can prevent you from experiencing the problems that negative karma would otherwise bring you. Thus, the practice of purification is one of the most important solutions to our problems and is extremely necessary, even for people who believe that we have only one life. If you don’t want relationship problems, business failures, illnesses such as cancer or AIDS, notoriety, or the criticism of others, the practice of Vajrasattva is extremely important – both for those who accept the existence of reincarnation and karma, and for those who do not.

Doing Vajrasattva retreat is not simply about reciting the mantra and saying some prayers. It is about making the practice effective for your mind, making it the quickest, most powerful way to transform your mind. Experienced meditators have advised that, in general, it is more important to put your everyday life’s effort into the practice of purification. This is the way to attain spiritual realization.

Before you go to bed each night, recite the Vajrasattva mantra to prevent whatever negative karma you have created that day from multiplying. If you don’t purify it in this way your negative karma will keep doubling and re-doubling day by day, week by week, month by month, and year by year up to the end of your life and even one day’s negative karma will become as huge and heavy as a mountain—in time, even one atom of unpurified negative karma can swell to the size of the Earth.

Since practicing the Vajrasattva recitation-meditation at the end of the day prevents negative karma from multiplying it is an unbelievably powerful method. It makes your life very light and easy and keeps you happy and peaceful inside—in your heart and in your inner life. Furthermore, it purifies not only that day’s negative karma but also that created in this life from the time you were born and in all your previous lives as well.

The conclusion is that even if you have completed the preliminary of reciting 100,000 Vajrasattva mantras you can’t just stop, relax and say, “I’ve finished my Vajrasattva preliminary practice. Now I don’t have to recite that mantra any more.” You need to keep doing the long Vajrasattva mantra at least twenty-one times or the short one at least twenty-eight times a day in order to keep purifying your negative karma and prevent it from multiplying.

Lama Yeshe: The Benefits of Purification with Heruka Vajrasattva »
+ View all Teachings on this topic
+ View All Teachings