Kyabje Lama Zopa Rinpoche gave this teaching on animal liberation at Shakyamuni Center, Taichung, Taiwan on March 4, 2007. Transcribed by Thubten Munsel. The audio files for Part A and Part B include the Chinese translation of the teaching. 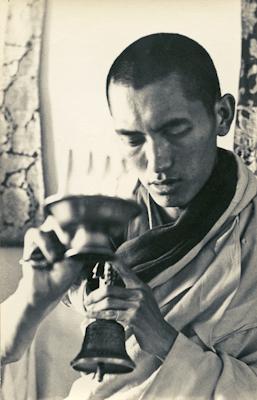 Rinpoche: So, good morning to everyone, and also, I would like to offer my respect and greetings to Master Hai Tao and to everyone, my brothers and sisters.

So, here, I think in this world, I think, that what Master, what activities, what Master has been doing in this world liberating so many millions of animals, up to now, that is really incomparable holy deeds. There’s no one in this world who could do this. So it’s the most incomparable holy deeds, incredible benefit to the animals, the most precious, kind sentient beings, the animals, and this, one of the best means to bring peace in this world, not only peace to the animals but peace also to the human beings, that, so many, every time thousands of human beings who engage in this incredible, virtuous activity saving the lives of others, those who are in suffering.

In Singapore, the Amitabha Buddhist Centre, so they have been liberating animals for last quite a number of years. So, now, I don’t know, 60, 70, maybe more, I think, millions of animals, 70 millions of animals they, up to now, they have been liberating. So, people who have cancer, they put some their name and donations there, so when they do that, even from the West, from far, because some, in the West, not so much opportunity to do this, not very common to do this. So then they, because they have some sickness, something, so then they send their names to Amitabha Buddhist Centre there. So there happened quite a number of people whose cancer recovered by the participating the liberating animals. So, the, I think what it is, is when you benefit, your good karma, the helping others, causing long life, so naturally the karmic result it affects to you, that have a long life, there’s no question, so even the cancer, those things, they have, those terminal cancers, life-threatening cancers, sicknesses, get recovered. So these things has been happened.

So, there’s incredible, unbelievable merit, good karma, it’s one of the source of creating good luck. It is said in sutra, Sutra Requested to Buddha by Lodro Gyatso, Sutra Requested by Lodro Gyatso, there it says, “Generating bodhicitta and compassion to others and saving the lives of others, and the practicing Dharma,” so this, the benefits of this, the all the past, numberless past, present, future buddhas, even they explain for eons, can never finish explaining.

So there, one of this, one of that is, saving the lives of others, such as compassion to others. So, this is the Master’s unbelievable kindness so giving us, giving all of you, us, opportunity and that we incredible good luck, unbelievably fortunate to have, to able to engage in this, the saving the lives of others, and to generate compassion to others, and especially when we do as a group together, it has more power.

It is said by Lama Atisha, the great pandit, the holy being who brought Buddhadharma in Tibet, who made Buddhism in Tibet pure. The Buddha taught 84,000 teachings, remedy to 84,000 delusions. So, in Tibet, the one time there was problem that degeneration and some people, those who are practicing tantra they think they can’t practice sutra, and they think, those who practice sutra they can’t practice tantra. So they find there has been misunderstanding, and as hot and cold, one person can’t practice the whole entire teaching of Buddha. So then, so the king, Dharma King of Tibet, Lhalama Yeshe Ö invited Lama Atisha in Tibet.

So then the nephew went back to the prison and told the king, and then the king said, “Don’t give him even one handful of gold to the king, you must send all this gold to India, offer Lama Atisha, and to invite Lama Atisha in Tibet, to spread Dharma in Tibet, to make the teaching pure.

So, then one translator, Ngatso Lotsawa, might be that, so went to India, Nalanda, so with all the offerings, with all the gold offerings, and to invite Lama Atisha. That time, there was no car road, nothing. So, so many months had to walk on foot, through the forests and the mountains, like this. So, takes a long time.

So the king passed away in the prison. And then, so the translator Ngatso Lotsawa so finally reached Nalanda, India, where there’s a great monastery-university where there are many hundreds of great pandit scholars, highly attained beings. There’s Shantideva and so forth, many, so many, Chandrakirti and so many other great scholars, highly attained beings.

So, anyway, so the translator finally met Lama Atisha and explained all the difficulties in Tibet and the misunderstanding in Tibet, about the teachings, if one practice sutra, one can’t practice tantra; if one practice tantra, one can’t practice sutra, the misunderstandings, and then, the king went to look for gold to make offering to Lama Atisha, and he passed away in prison, all that thing.

So then Lama Atisha said, “I don’t care, even my life become shorter, but if it’s beneficial I will go to Tibet.”

Then, because Lama Atisha is very needed in India, even for Nalanda University, the general people in India, very needed, so he was like the crown of those, the monks, the great scholars, the highly attained beings in Nalanda. So, if the abbot of Nalanda knew then wouldn’t let Lama Atisha go. So Lama Atisha very skillful, so he showed the aspect of going for pilgrimage in Nepal, and then through Nepal then went into Tibet.

So then when he reached Tibet, the nephew of the king came to receive Lama Atisha, and then the nephew requested Lama Atisha, “We Tibetans are very ignorant, so please give the teachings on refuge and the karma.” He didn’t ask for very high teachings like emptiness and so forth or initiations, and like that, he didn’t request, tantric teachings.

So that made Lama Atisha so happy, so happy, because he asked the fundamental teachings, the karma and refuge.

So then Lama Atisha, because of all the difficulties, all the misunderstandings, so Lama Atisha wrote the Lam Dron, the Lamp of the Path to Enlightenment. So 84,000 teachings of Dharma, the teachings which includes the Lesser Vehicle teachings, the Hinayana teachings, the path to achieve liberation for oneself, and then so the Paramitayana teaching, the Mahayana teaching sutra, the Mahayana teaching tantra, taught by the Buddha, he integrated all these teachings into this lamrim, the stages of the path to enlightenment. So within some number of pages, and made it simple, and all the teachings he set up, arranged for one person’s graduate practice to achieve enlightenment, nothing contradictory. So whatever Buddha, different teaching whatever Buddha taught, no contradictory for one person’s graduate practice to achieve enlightenment.

So after Lama Atisha wrote this, then all the doubts, all the misunderstandings completely cut, eliminated, and then made the teaching in Tibet very pure, like that. Then so many, so many beings they learned and they practiced, actualized the path, and became, so many beings become bodhisattva, by actualizing bodhicitta, so many beings became enlightened, so, up to now, Tibet and from other countries, so like this. Made so easy, how to, made so easy that how to go about enlightenment, and here, your, by learning the Lamp of the Path to Enlightenment, then you learn the heart of the whole entire Buddhadharma.

So, like that, so here, today, today and all the other times, so many people do together, the saving the lives of others. So your good karma is so much more powerful, unbelievable powerful. So that’s also the kindness of the Master that us many sentient beings have incredible opportunity to engage in this inconceivable, this good karma.

[Huang Chun-Ru checks details of groups of Kadampa geshes then translates into Chinese.]

So, it is an incredible holy deeds of bodhisattva, so such a, not just only doing this only time to time, but it’s always this practice done, the saving the lives of others. So that which gives opportunity to so many thousands, thousands people to engage in the virtuous action that which has inconceivable benefits, as it is mentioned in sutra, Requested by Lodro Gyatso.

So now here I would like to mention something that how this is so important. So now all these fish, all these creatures, the chickens, or whatever different form that they have, however, all these thousands of them that we are liberating. So now every single of these creatures, so they are the source of every one of us here, source of all the past happiness, present, all the future happiness you have received, all your happiness that received, experienced in the past, numberless times in the past, from beginningless samsara received by their kindness.

And not only that, so, by this, now even become more kind, more precious these sentient beings, more kind, more precious for us. Now, on top of that, we achieve enlightenment, great liberation, the stage which is the completion of all the qualities of cessation and stage which is completion of all the realizations. So this total, fully enlightened mind. So we receive this by kindness of each and every single these sentient beings.

So now, even much more precious, unbelievably kind, for us.