We are delighted to bring you our March e-letter. Thank you so much for subscribing to it. We have many new teachings and advices on our website to share with you.

Teachings from Tenzin Ösel Hita
We have just posted the audio and transcripts from two talks given by Tenzin Ösel Hita, who is the recognized reincarnation of FPMT founder Lama Yeshe. The first talk, How to Understand Our Reality from the Universal Point of View was given in February 2013 at Choe Khor Sum Ling Study Group in Bangalore, India. We've provided a link on our website to the video of this talk which was posted on YouTube. 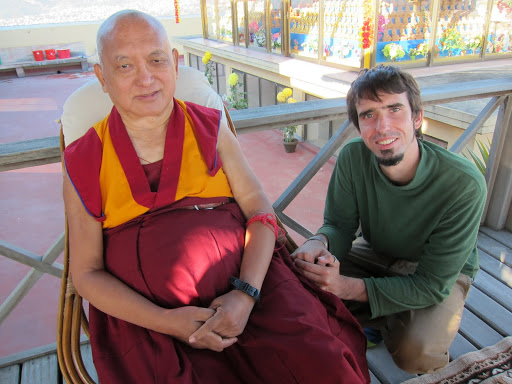 We have also posted a talk Ösel gave at Amitabha Buddhist Center in Singapore, November 2012 on Satisfaction and Challenging Your Limits. The second part of the talk includes a question and answer session where Ösel talks about his time as a monk and his vision for how to be of most benefit to others in the future.

You can watch an interview with His Holiness the Dalai Lama where he talks about the recognition of Ösel as the reincarnation of Lama Yeshe. And, you can find more information about Ösel on the FPMT website.

New Advice from Lama Zopa Rinpoche
Many new advices were added to Rinpoche's Online Advice Book in the months of February and March. These include advice on Preliminary Practices, and Advice for New Students. Rinpoche also offered advice on Eliminating Paralysis which was written down by Rinpoche on an iPad, with his left hand and one finger, three days after manifesting paralysis in April 2011.

Rinpoche also offered a long advice to a student who was diagnosed with cancer, who wrote to request prayers and practices. In his reply Rinpoche said:

"The best thing is that the ripening of negative karma can be used for happiness, and not just for happiness of this life, but also for future lives, liberation from samsara and enlightenment. It can be used for ultimate enlightenment. It’s an essenceless thing, actually, but if you can experience it with bodhicitta, it becomes the cause of enlightenment and liberates oceans of hell beings, hungry ghosts, animals, humans, suras and asuras from samsara. It grants the greatest happiness and becomes most meaningful."

You can view a list of all new advices posted in February and March. 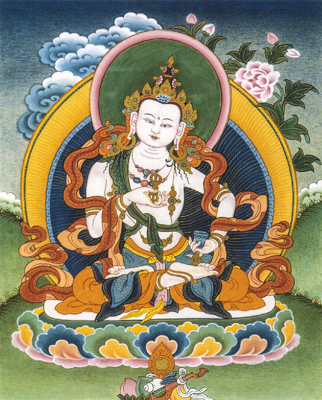 Listen online to Lama Zopa Rinpoche's Teaching on Purification. Rinpoche gave these teachings before a Vajrasattva initiation at Jinsiu Farlin Center in Taiwan in 1994. In these teachings Rinpoche explains the benefits of ending our non-virtuous activities and purifying our negative karma.

You can also read excerpts from Rinpoche's teachings at the 7th Lam-rim Course at Kopan Monastery in November-December 1974. Selections include:

All were lightly edited by Sandra Smith. You can also read the entire course online, or download it as a pdf.

If you are interested in receiving email notifications about new teachings soon after they are posted, you can sign up for email alerts on our website. You can choose to receive alerts only for teachings by particular teachers or on particular topics. 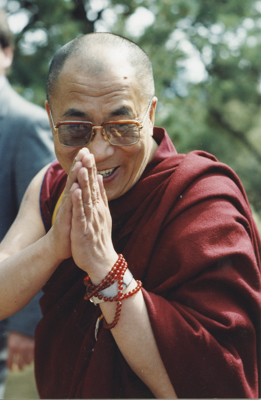 Read a teaching by His Holiness the Dalai Lama prior to a ceremony for Generating the Mind of Enlightenment, given in New Jersey, USA, in May 1998. Lightly edited by Sandra Smith.

We have also just posted a commentary given by Geshe Rabten on the Praise to Manjushri in Dharamsala, India, in June, 1975. Translated by Gonsar Rinpoche and edited by Sandra Smith and Ven. Gyalten Lekden. This teaching is now posted on our companion website TeachingsFromTibet.com.

Big Love, Lama Yeshe
Work is progressing on the authorized biography of Lama Yeshe Big Love. The editing is done, and we are now in the stage of selecting images for the book. Visit our Big Love blog to read excerpts from early chapters and view some of the images to be included in the book.

Lama Yeshe was recently published on Elephant Journal, an online publication. Click to read the article and help us achieve a featured placement!

We leave you with an excerpt from Rinpoche's teachings at Kopan Monastery in 1974 on how to make offerings to holy objects. Thank you so much for helping us to make these precious teachings freely available far and wide. We couldn't do it without your support. 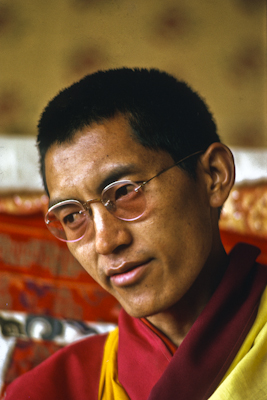 Kyabje Lama Zopa Rinpoche gave this teaching at Kopan Course #7 in 1974. This is an excerpt from Day 21, Meditation Two: Part II: Refuge. Lightly edited by Sandra Smith. Visit the FPMT website for more information about offering to holy objects, and Lama Zopa Rinpoche's Advice Book for advice regarding Holy Objects.

Taking the Essence of the Perfect Human Rebirth
Observing Karma
Offerings to Holy Objects
How to Listen to the Teachings
Kopan Course No. 07 (1974)